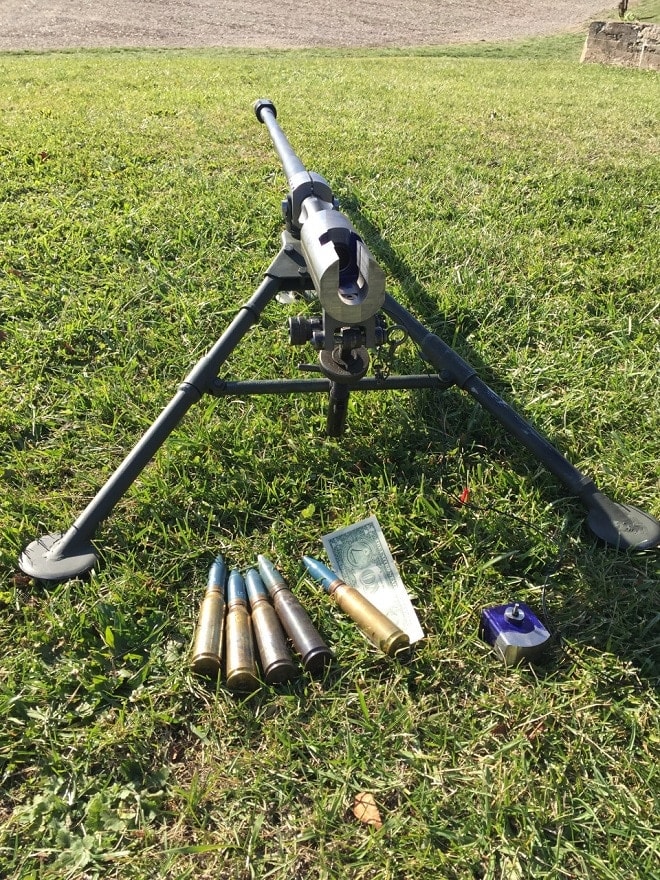 From the lack-o-buttstock and M2-ish tripod design, we gather this is not shoulder fired and better yet, hope this thing is meant to just be fired remotely

As the builder has a stockpile of 90 rounds of M55A2 TP, the same electrically fired stuff used in the Vulcan 20mm cannon, the NFA defined destructive device uses an electrical system constructed of two CR123V batteries and a boost converter that pumps juice into a 320uf flash photo capacitor to trigger the primers.

I just wanted to share my abomination that I will attempt to test-fire tomorrow. This firearm is a rudimentary single-shot 20x102mm (20mm Vulcan) Destructive Device I built myself on an ATF Form 1. Every single part on here (minus the barrel but including rear threading & muzzle brake), tripod, pintle, and traverse/elevation mechanism) I built myself, by hand. No CNC parts, nothing off-she-shelf except for a few bolts from the hardware store. The gun is not yet finished, but far enough along for it’s first prototype test-fire. I plan to do this tomorrow, at a family gathering out on the girlfriend’s property.

Will it work, and be 200% glorious?
Will it explode, or crack on the first few rounds?
Will it even ignite with the electrical system I designed?? Sure, the projectiles are inert, but they are still 20 mike-mike. Talk to me, Goose! 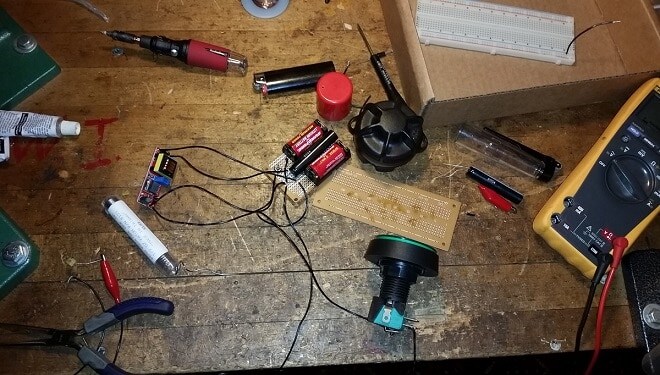 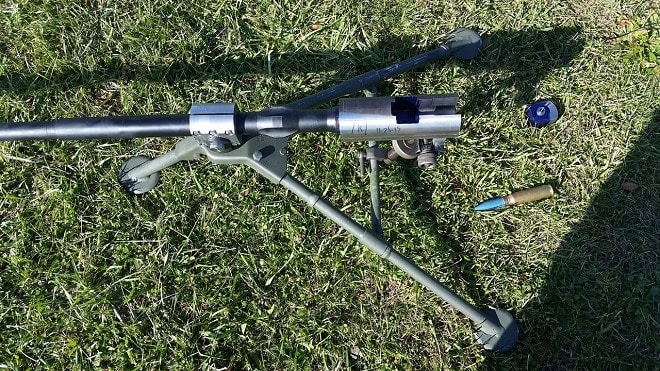 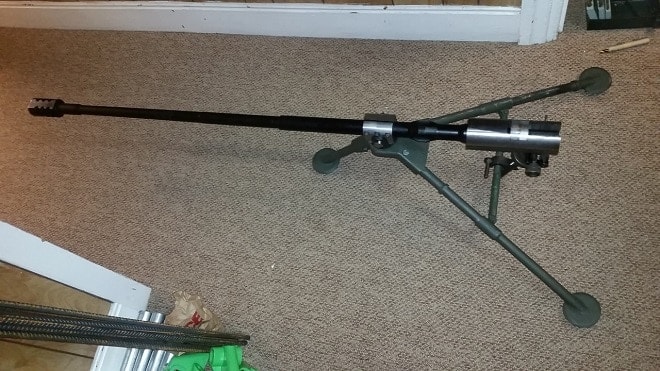 The final project is estimated to be about 45 pounds in weight and run just over 5 feet long. But hey, its a single shot Vulcan 20mm.