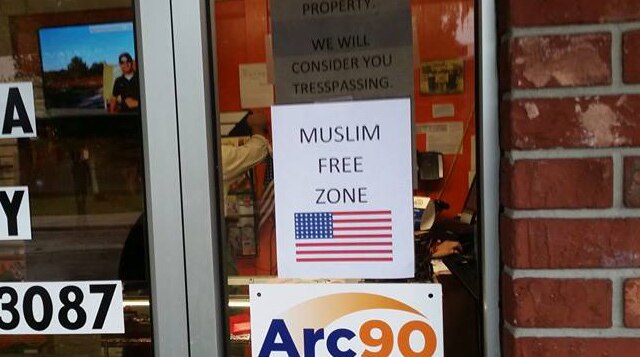 A federal court dismissed a discrimination suit against a Florida gun store that declared itself a “Muslim free zone.”

U.S. District Judge Beth Bloom dismissed the case on jurisdictional grounds, stating that the Islamic group that filed suit failed to provide evidence to support a claim of harm or future harm, according to the ruling filed Nov. 23. The judge also agreed that the store’s statements are protected under the First Amendment.

The judge dismissed both the lawsuit and the complaint by the Council on American-Islamic Relations-Florida, but the group has 30 days to appeal the ruling.

Before filing suit in July, the CAIR made a public attempt to dispel any prejudices the owner of Florida Gun Supply had been promoting about Muslims. The owner, Andrew Hallinan, agreed to meet, but cancelled at the last minute and claimed the group was trying to use him to promote a pro-Muslim agenda.

Hallinan declared his store a “Muslim-free zone” in a viral video response to the mass shooting at a military recruitment center in Tennessee by a home-grown Islamic extremist in mid-July.

He made other headlines in August when he paired with infamous George Zimmerman to raise money for his legal defense by selling prints of a Zimmerman-exclusive Confederate flag painting.