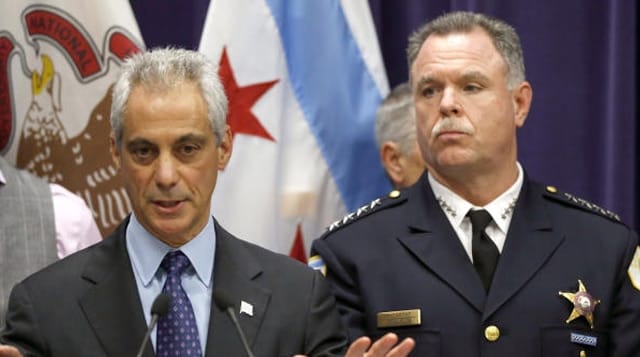 At a morning news conference, he said asked for McCarthy’s resignation and cited the lack of public trust in police leadership following a white officer being charged in the death of a black teen who was shot 16 times last year on the city’s south side.

“Our goal is to build the trust and confidence with the public. And at this point and at this juncture in the city, given what we are working on, he has become an issue rather than dealing with the issues,” Emanuel said.

Hours before the press conference, McCarthy, who has served under Emanuel’s administration since 2011, appeared on a radio show to discuss a new task force created to review the system of accountability for Chicago police.

Emanuel announced other efforts this week to regain the public’s trust with the Chicago police. Utilizing a $1.1 million matching grant from the Department of Justice, the city reportedly plans to add up to 1,400 more cameras by the middle of 2016.