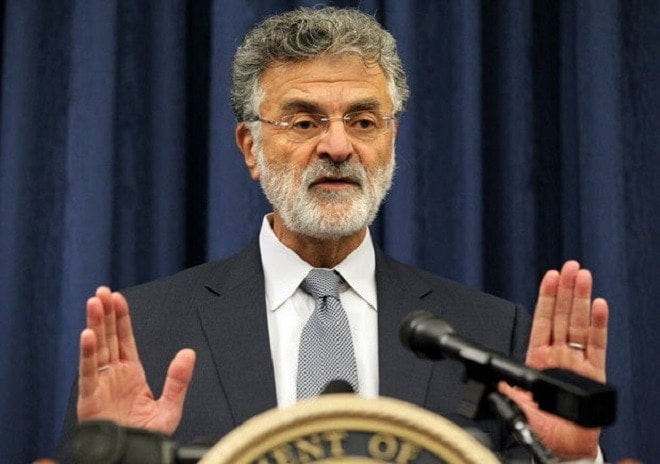 Mayor Frank Jackson has seen little turn out for gun offenders to register with the city much in the same way that sex offenders are required to. (Photo: Lisa DeJong/The Plain Dealer)

The controversial and mandatory gun offender registry adopted in Cleveland earlier this year has not signed up a single person in its first full month of operation.

Under the registry scheme, individuals convicted of a gun crime who live in Cleveland have five days to register, as would offenders who move there from outside its borders. Failure to do so is a misdemeanor that would result in a $1,000 fine and up to six months in jail.

Along with the offender’s home address, the registry includes fingerprints, name and aliases used, date of birth, sex, home or mobile phone number regularly used, photo identification card, description of the gun offense, employer information and the name of any educational institutions the offender attends, according to the 30-page ordinance.

However, since going active on Nov. 1, no one has come forward to add their name to the list and publicly searchable database. Officials feel it is likely due to ignorance of the new law.

“We think perhaps not everybody knows about the requirement to register so we want to get that out there,” Tim Hennessy, Cleveland’s assistant director of public safety, told local media.

The city ordinance came as part of a package of gun control legislation backed by Mayor Frank Jackson, a Democrat who is a vocal member of Michael Bloomberg’s Mayors Against Illegal Guns organization. Besides the registry, Jackson sought to ration gun sales, increase safety requirements, and mandate the reporting of personal transfers and lost guns to the police.

Gun rights advocates protested the changes and threatened to sue the City Council if the legislation is passed, citing a state supreme court decision barring municipalities from enacting gun laws stricter than that of the state’s. Once passed, the groups kept their promise and brought the city to court over the ordinance.

“Noncompliance of illegal and unenforceable laws are a must, and Ohio Carry applauds anyone who refuses to comply with Cleveland’s new illegal firearm ordinances,” he said. “No matter what the law says, or how good the intentions are, these laws are illegal, misguided, and dangerous, as they go against our state preemption which we worked diligently to get.”

Pucillo forecasts the city will see similar results on efforts to report private gun transfers, with noncompliance a tactic his group has long advocated.

“We will continue to fight against these laws, and hope to see more noncompliance in the weeks and months to come, especially on the reporting of private sales to the Cleveland police. Mayor Jackson continues to think Cleveland is above state law, and needs a loud and clear message that the people of Cleveland will not comply,” Pucillo said.