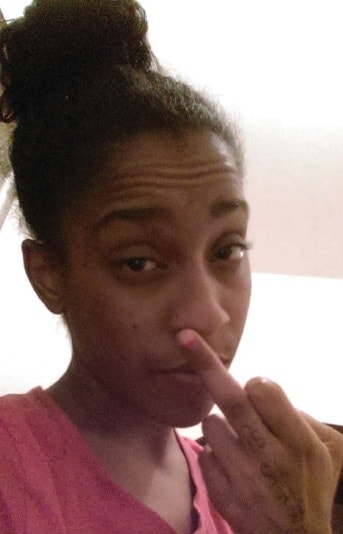 Authorities said they were able to match the pictures because of her distinctive hand tattoo. (Photo: DOJ)

A second person has been arrested in connection to the November burglary at an Army Reserve Center in Worcester, Massachusetts.

Ashley Bigsbee, 26, of Dorchester, was arrested Friday for possession of an M4 assault rifle stolen from the military facility and for lying to authorities. She’s being charged with one count of unlawful possession of a machine gun and one count of false statement.

According to court documents, at the time of Bigsbee’s arrest, federal agents recovered her phone and found several photographs her holding one of the stolen handguns and another picture of a rifle.

Along with identifying Bigsbee and the guns in the photographs, investigators identified other objects in the background that were also inside her house, which led them to believe that the stolen weapons were once there. However, no guns were recovered at her home.

Prior to her arrest on Nov. 20, Bigsbee voluntarily spoke with federal agents and denied knowing anything about a robbery of the armory and the guns her accomplice, James Morales, was allegedly trying to sell. She denied any knowledge of the stolen weapons, court documents say. 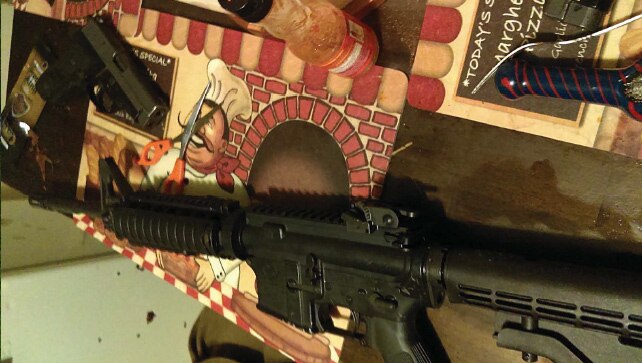 Investigators singled out the placemat of a “caricature of a chef standing next to a brick oven.” (Photo: DOJ)

In a statement from the Justice Department, authorities recovered the final stolen M4 in Dorchester on Nov. 27.