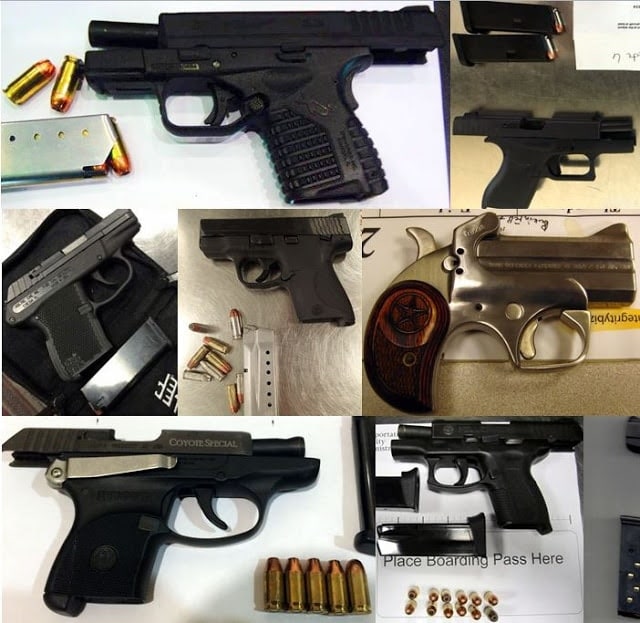 During the week of Thanksgiving, the Transportation Security Administration recovered 42 firearms at security gates in airports across the country, the agency said Monday.

Of the 42 firearms, 30 were loaded with a magazine and 11 had a round chambered. Besides firearms, the TSA recovered a punching device called “cat eyes,” a flare gun with two flares, some bear mace, a firecracker, and numerous knives.

Firearms are considered prohibited items to carry on to an airplane, but travelers can transport firearms in checked luggage and declare it as a firearm. However, they should familiarize themselves with state and local firearm laws for each point of travel prior to departure, the TSA said. For more information, check out the TSA guide.