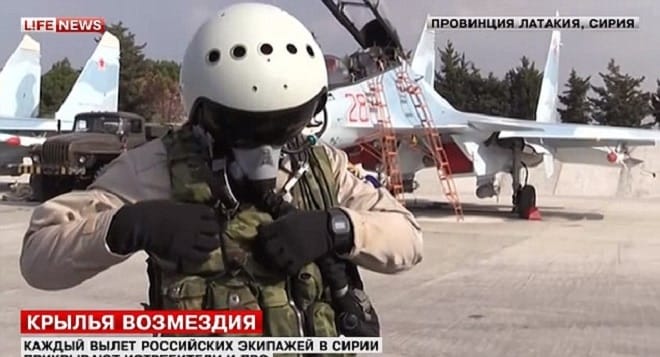 Guess what’s in the vest besides the Russian edition of Hustler and some savage cigarettes?

After a Russian Su-24 Fencer was shot down by Turkish F-16s near the Syrian border and the pilot killed by insurgents on the ground, Putin’s flyboys are bringing along some firepower.

The unfriendly skies over Syria now have the Russians packing an unidentified Kalashnikov rifle, likely some sort of Krinkov due to space. As reported by Life News, a Russian media outlet, the Kalash will be stored in the ejection seat in space normally reserved for a rubber boat. Odds are if you are parachuting into ISIS types that you have just bombed, a Kalash will come in more handy than a dingy.

Besides the rifle, each aircrewman is also carrying a Stechkin pistol and at least four extra mags in their survival vest. 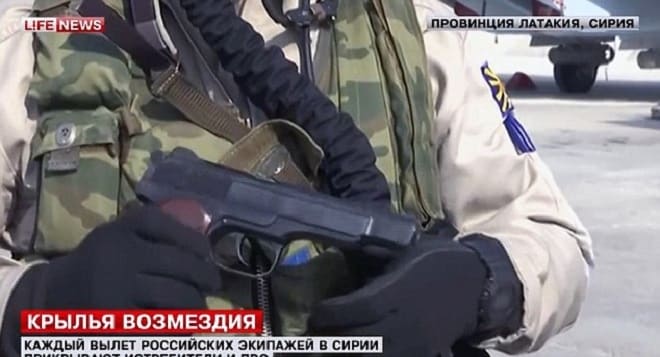 You do know the Stechkin, da?

The Avtomaticheskiy Pistolet Stechkin (APS) is a 43-ounce select-fire buzz-saw chambered in the Warsaw Pact-standard 9x18mm Makarov round that can empty its 20 round mag in the time it takes so say “Dr. Zhivago.” You see this effective gun, about the same size as a M1911, will tick tock at 750 rounds per minute with impressive reliability and has been a favorite of Soviet (now-Russian) sneaky spetsnaz types for over a half-century. 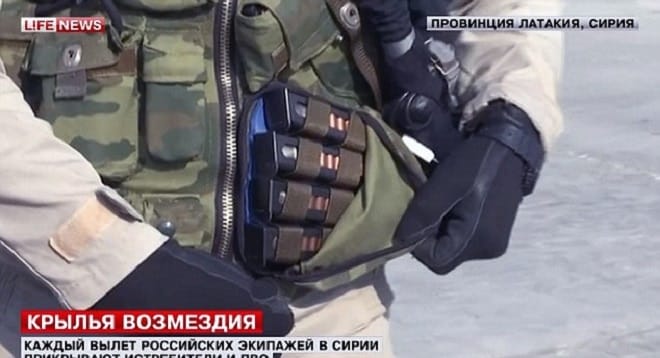 Its not just the pilots that are stepping up their personal self-defense game.

The Aviationist is reporting this week that since Nov. 30 Russian Su-34 Fullbacks have been carrying air-to-air missiles to include the R-27 (AA-10 Alamo) and R-73 (AA-11 Archer) missiles along with their guided (KAB-500KR) and unguided (OFAB-500) bombs.

For self-defense of course.