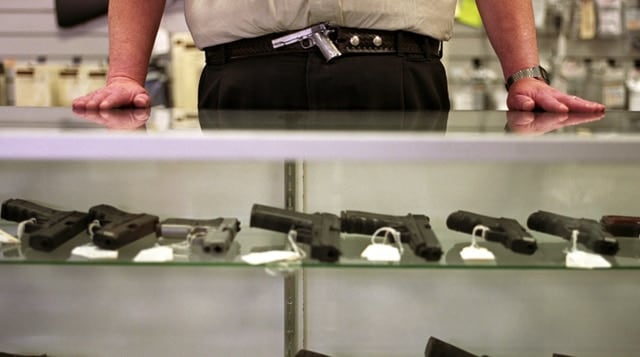 Black Friday set a new record for background checks in a single day by the federal system in its 17-year history.

The National Instant Criminal Background Check System processed 185,345 checks on Nov. 27, according to figures reported by the Federal Bureau of Investigation. That figure beat out the runner up by more than 8,000 checks.

The second biggest day with 177,170 checks occurred on Dec. 21, 2012, exactly one week after the deadly shooting at Sandy Hook Elementary in which 20 first-graders and six educators were murdered. The incident spurred a surge in gun sales due to polarized rhetoric in the political debate over gun control and fear of increased federal regulation.

While checks processed in the NICS system do not represent total gun sold, they are used as a barometer for sales. The system was implemented in 1998 per the Brady Handgun Violence Prevention Act of 1993, which requires licensed dealers to perform background checks on potential gun buyers.

The FBI also reported the biggest raw number for checks in November 2015 with more than 2.2 million checks.

Months leading up to the Christmas shopping season have also been record breaking. From July to October, NICS performed a record setting number of checks, roughly 7.1 million, for the system’s 17-year history.