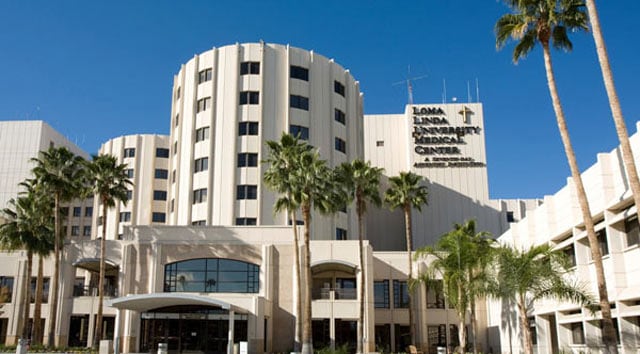 The Loma Linda University Medical Center boasts the Inland Empire’s only Level I trauma center and was the facility where at least five of the shooting victims were taken. (Photo: Facebook)

More than three and a half hours after at least two gunmen opened fire inside a San Bernardino social services agency Wednesday morning, a bomb threat was called in to a nearby hospital where several of the shooting victims had been transported for treatment.

The Loma Linda University Medical Center received the call about a bomb at 2:40 p.m. and a “code yellow” alert was issued. Authorities acted quickly and searched the facility with the assistance of K-9 units. By about 3:30 the facility was deemed all clear when the threat was found to not be credible, local news station KTLA reported.

Nonetheless, the bomb threat prompted the cancellation of the teaching hospital’s afternoon classes, as authorities urged students to vacate the facility and stay away from the hospital’s larger, public areas.

“Employees are following the hospital established protocols,” LLUMC officials said in a written statement, adding that the facility remained on a heightened alert status even after it had been secured.

It is unknown if those who carried out the shooting were also the individuals responsible for the bomb threat, but authorities did come across at least two explosive devices following the shooting and during the pursuit of the suspects.

Altogether, at least 14 people were killed and another 17 were injured during the late-morning shooting, which erupted around 11 a.m. Ten of the victims remain in critical condition, according to a report from NBC News. At least five of those patients were brought to Loma Linda.

Several hours after the shooting, the suspects led authorities on a high-speed chase, followed by a shootout. One officer was shot during the exchange, although his injuries are said to be non-life threatening and he is expected to be OK. Two of the suspects – Syed Rizwan Farook, 28, and Tashfeen Malik, 27 – were killed during the shootout with law enforcement, while a third unnamed suspect has been taken into custody.

Authorities do not yet have a motive for the shooting and no information on the victims has been released as of late Wednesday night.

Related: Police: Up to 14 dead in San Bernardino mass shooting