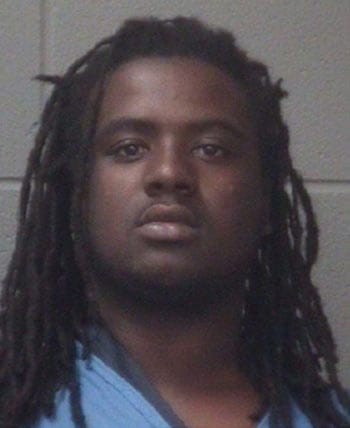 Authorities in Onslow County, North Carolina, confirmed that a 22-year-old man acted in self-defense when he shot another man during an apparent drug deal gone wrong in the early morning hours Monday, but although he was not charged with homicide, he still faces a number of other charges related to the activities which were taking place at the time of the shooting.

According to the Jacksonville Daily News, Delman Dwayne Dixon, 22, was sitting in a vehicle with his girlfriend around 3:30 a.m. when they were approached by two individuals whom they had spoken with earlier in the day. Soon, an argument erupted between Dixon and one of the individuals – Quinn Rostonio Everette – and at some point each man brandished a firearm.

Police said Everette fired first, striking Dixon in his arm, but Dixon returned fire, critically injuring Everette. At that point, Dixon fled from the scene, but was later taken to a local hospital. His arrest was deferred while he received treatment for the gunshot wound, which is believed to be non-life threatening.

Officials declined to comment on who was selling the drugs and who was buying them, but did confirm that the transaction involved heroin.

Authorities concluded that Dixon acted in self-defense when he shot and killed Everette, but Dixon nonetheless faces charges for being a felon in possession of a firearm, as well as possession of stolen goods and possession of a Schedule 2 controlled substance.

Dixon, who has a prior criminal history that includes common-law robbery, breaking and entering and obtaining property by false pretense, had his first court appearance Tuesday morning and is due back in court Dec. 14. He is being held on a $5,000 secured bond.

Tyler Jamison is a friend of Everette who said that although he knew his friend was involved in shady business, he never saw that side of him, only the good side. Holding tears back, he said what a shame it was to lose a friend, but didn’t excuse Everette’s behavior either.

“It isn’t worth it in the end,” Jamison said. “Life is too short to get into that stuff.”