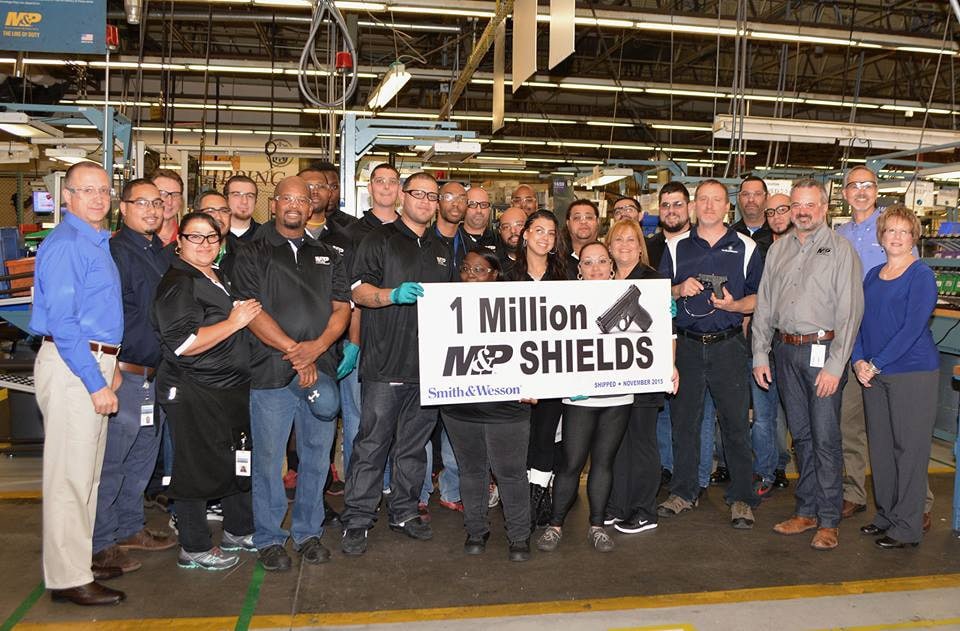 Almost five years after introducing the Shield, gun maker Smith & Wesson announced Wednesday that it has shipped 1 million of the concealed carry pistols.

The company expanded the popular Military & Police line of firearms by introducing the compact design in 2012 at the National Rifle Association’s annual meeting.

The Shield was unique in its own way, in that it was a slimed down version of an already established brand to just shy of an inch, but also Smith & Wesson took a novel approach when it introduced it.

Upon announcement, the company had inventory ready and shipped, and it had collaborated with accessory makers beforehand so a number of supplemental products like holsters and sights would be immediately available. But Smith & Wesson also listed the Shield at an affordable price point when compared to competing brands like Glock or Springfield — roughly $150 less.

Like any new design, the Shield has been refined since it was introduced. Besides a host of third party accessories, Smith & Wesson identified an issue with the gun’s passive safety feature and issued a recall in August 2013 for any pistol made up to that point that may have the defect.

Since then Smith & Wesson released variant after variant, so now there are 16 different Shield pistols available. Models change based on features like chambering, sights, barrel, with or without a manual safety, etc.

Smith & Wesson said the one millionth M&P Shield will be placed on display at the company’s headquarters in Springfield, Massachusetts.