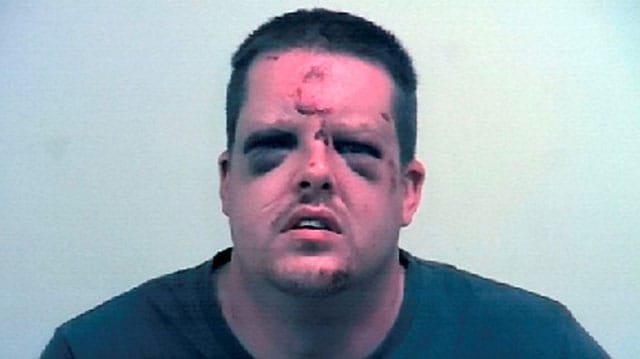 A 35-year-old man who attempted to sexually assault a woman in the UK last month found that his intended target wasn’t willing to go down without a fight after she turned the tables on her attacker with a fist full of keys.

Johnathon Holmes had apparently spent the entire day drinking when he left a bar and began to follow the 21-year-old woman for more than a mile around midnight. The woman, savvy to the fact that she was being followed, phoned a friend and attempted to get rid of Holmes several times by crossing the street and throwing off his path, but he continued to follow her.

Once he saw the opportunity, Holmes caught up to the woman and dragged her into a bush, but the woman fought back, striking him several times in the face with her keys as she screamed for help.

Two passersby heard the woman’s screams. As they approached, Holmes ran away and jumped over a railing in an attempt to escape, but injured himself in the process.

Eventually, authorities caught up with a bruised and battered Holmes, who claimed he was too drunk to remember anything that occurred. He now has the next four and a half years to try to recall that night while he’s behind bars.