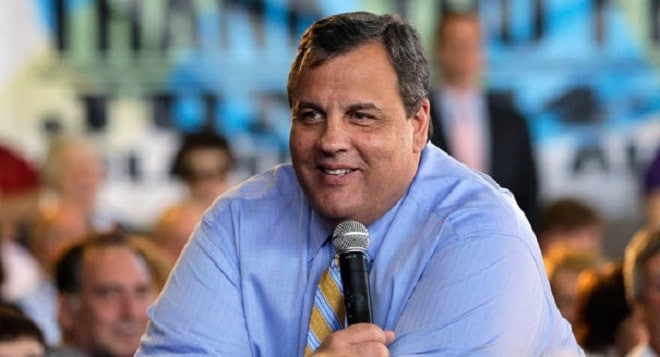 Gov. Chris Christie, facing the prospect of the first veto override of his term, skated after the drive came up three votes shy in the state house. (Photo: AP)

Despite a hard-fought push by state Democrats to overturn New Jersey Gov. Chris Christie’s veto of an anti-gun measure, the move fell short in the Assembly.

This comes after a dramatic contest of political will in the state Senate that saw one veto override tank in September and a second only succeed by the minimum vote in October after Senate President Stephen Sweeney took the drastic measure of threatening to send the state police out searching for unaccounted lawmakers to have a full chamber on hand.

In the end, Sweeny’s effort came to naught as Assembly Republicans largely towed the party line and only four GOP lawmakers voiced their support for the override, while 11 abstained, leaving the effort three votes shy of the 54 needed to succeed.

Assembly Speaker Vincent Prieto, D-Bergen/Hudson, was disappointed the override did not succeed, citing that the measure rejected by Christie, which would require individuals looking to erase old mental records so that they could legally purchase firearms to first advise the Attorney General’s office, local county prosecutor, and state and local law enforcement of their efforts, had broad support.

“When this bill came up the first time, it was a bipartisan bill, with having the Minority Leader as a prime sponsor on the bill,” said Prieto in a statement. “There were 31 Assembly members from the Republican Party present that day. Each and every one of them voted yes for it. So, to me, it’s unheard of and I think it’s putting politics before policy.”

Prieto also warned that, as with Sweeney’s determination to muscle the override through the Senate, the Assembly will revisit the issue.

“So in this lame duck session, I am planning to bring this bill back up and let people know that they’re going to have to see it again and they’re going to have to answer to the residents of the State of New Jersey if they do not want to do the right thing, because again, this was a common sense bill; it’s a single issue that needs to be addressed in the State of New Jersey,” said Prieto.

The Governor’s office did not release a statement.