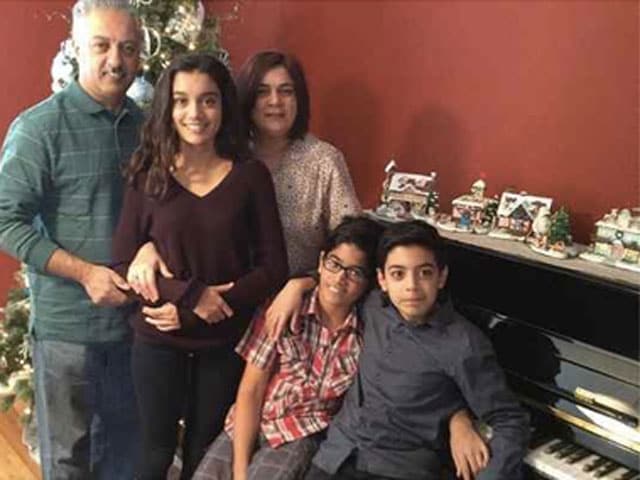 Bennetta Betbadal (third from the left), pictured here with her family, came to the United States when she was 18 years old. (Photo: The San Bernardino Sun)

Among the 14 victims who were killed Wednesday at the Inland Regional Center in San Bernardino, California, was a 46-year-old woman who fled from Iran to escape radical Islam nearly three decades ago.

Bennetta Betbadal came to the United States in 1987, when she was just 18 years old, following the Iranian Revolution. According to a statement released by Betbadal’s family, the decision to flee to the U.S. came in an attempt to “escape Islamic extremism and the persecution of Christians,” the San Bernardino Sun reported.

Upon arriving in America, Betbadal originally lived in New York City, but later made her way to California where she met and married her husband, Arlen Verdehyou, a Riverside Community College police officer at the time.

Betbadal and her husband moved to Rialto, California, and after Betbadal earned a chemistry degree from Cal Poly Pomona, became an inspector with the San Bernardino Health Department in 2006. Verdehyou said his wife loved her job and was excited about a presentation she was supposed to give the day she was killed.

“Bennetta was proud to work for the people of San Bernardino County,” the family’s statement said. “She loved her job, her community, and her country.”

The couple also had three children – now ages 10, 12, and 15 – all of whom anxiously awaiting word from Betbadal after news of the shooting began to spread Wednesday. Verdehyou, who had last heard from his wife around 8 a.m. via text message the morning of the shooting, held on to the hope that she was still alive, but when officials later showed up at the door, Verdehyou received the news that no husband ever wants to get.

“There is no reason for evilness. You just have to be strong for each other,” Verdehyou said in an interview with The Sun.

According to the family, the most precious things to Betbadal were her husband, her children and other family.

“It is the ultimate irony that her life would be stolen from her that day by what appears to be the same type of extremism that she fled so many years ago,” the family’s statement read.