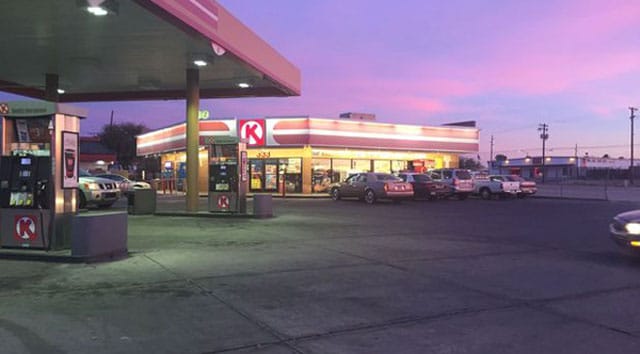 A 46-year-old man is dead after he stole beer from a Tucson convenience store Sunday afternoon, only to charge with a log over his shoulder at a witness attempting to confront him about the fiasco.

The suspect, who was later identified as Gerald Ramond, stole the beer and multiple other items from a Circle K around 2:30 p.m., but several people witnessed the crime and followed the man. As one of the witnesses came closer to Ramond in the parking lot, he grabbed a large log, brought it up to his shoulder and charged at the witness.

However, the witness, whose name had not been released, responded by pulling a handgun and shooting Ramond multiple times. When officers arrived on the scene, Ramond was transported to a local hospital where he later died.

The man who shot Ramond is cooperating with authorities and no charges have been filed at this point.