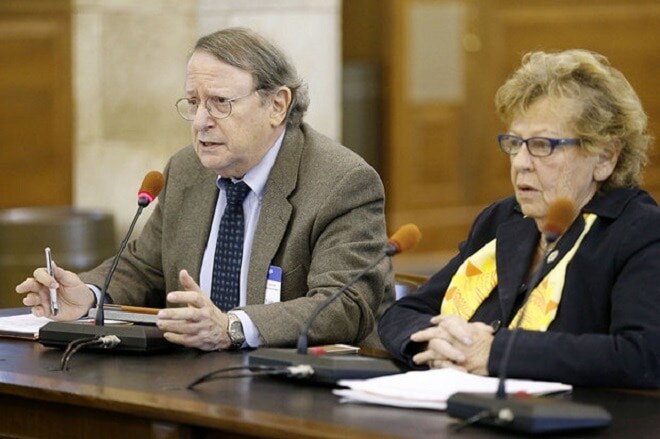 Legislation that would swap out New Jersey’s long-dormant smart gun law and replace it with one requiring dealers to carry at least one such gun in stock found easy acceptance Monday.

Introduced in November by state Senate Majority Leader Loretta Weinberg – who designed the state’s current divisive smart gun mandate – the proposal requires dealers to carry at least one model of smart gun when they become available rather than sell them exclusively. The rapidly moving bill passed the Senate Law and Public Safety Committee last month on a 3-2 partisan vote and sailed through the chamber as a whole 22-15 Monday. No Republican senator voted in favor of it.

Weinberg feels the new proposal, should it become law, will help spur along the technology rather than smother it as the current one does.

Under New Jersey’s current structure, in place since 2002, the law would require all guns sold in the Garden State be equipped with personalized safety capabilities within three years of the technology becoming practical. However, with more than a decade’s worth of dust on the mandate and no smart gun to be found on a New Jersey gun store shelf, Weinberg now feels the law should be more of a carrot than a stick and is stifling innovation in the tech behind the devices.

Outnumbered GOP lawmakers feel the legislation is still an overreach.

“To have the government mandate what private businesses can and cannot sell, I think that’s wrong,” said Sen. Mike Doherty, R-Washington. “That’s seems a lot like the Soviet Union to me, having a command economy from the government.”

Similarly, gun rights groups oppose the measure, casting it as a trojan horse of sorts by bill sponsors to achieve the original design of the 2002 law.

“This misguided mandate would be similar to the government forcing your local auto dealer to offer new self-driving car technology for sale regardless of consumer demand or viability,” reads an alert from the National Rifle Association’s Institute for Legislative Action. “This effort to force the adoption and use of ‘smart guns’ by mandating that firearms dealers stock them in inventory suggests that politicians will once again pursue a ban on traditional firearms in the future.”

The measure now heads to the state assembly, where Democrats hold an eight-seat majority. Should it pass, the proposal would have to earn the signature of Gov. Chris Christie, who has vetoed numerous gun control measures this term.