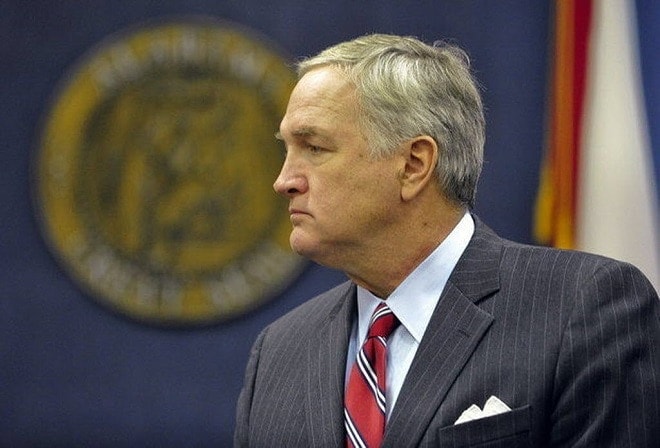 Following investigations mounted by his office over a complaint that the Shelby County License Office, County Tax Commissioner’s Office, and the James Alfred Jones County Services Building had illegal “no guns” signs,  which Strange pointing out were in violation of state law, his office decided not to file suit after each changed their policies and the signs came down.

The gun free zone at the Shelby County Administration Building, which serves as the official courthouse annex for the county where otherwise legal carry is prohibited by state law, will remain.

The news from Shelby County preceded that of an announcement by Strange’s office this week that a host of illegal zones were dissolved in the Selma area.

Last year, Strange told county election commissions they do not have the authority to forbid guns at polling places after a controversy over illegal gun free zones established in Chambers County.

So far this year, after helping to apply pressure to the state’s transportation department to remove signs at rest areas, his office reached out to the North Alabama city of Moulton over illegal signs posted at Moulton Recreation Center and H.A. Alexander Park.