Burglars call 911 on themselves as homeowner holds them at gunpoint 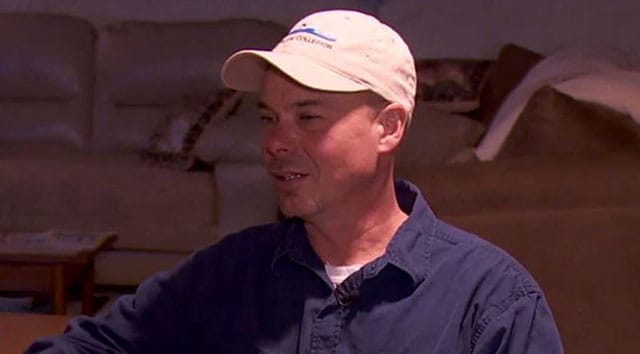 A pair of men who were breaking into a Woodland, Washington, home Monday night got quite a scare when the owner of the house caught them redhanded.

Bill Lahti was surprised to find his home had been burglarized last week, partly because the home, which belonged to Lahti’s great-grandparents years ago and was handed down to him, isn’t exactly in an easy to get to location. The rural property has been dubbed by the Lahti family as “the hill,” and given the home’s history, Lahti was especially appalled at the break-in.

“I kept coming back periodically to check in,” Lahti told KATU. “So, Monday night, I roll up and there’s their truck backed up to the front door in the yard. (The) door was about – probably – four inches open. I could see the light through there. So, I came out there, jumped out of my truck, kicked the door open and there they were.”

Lahti told the two men to get down on their knees as he held them at gunpoint. He was going to call the police on them, but Lahti couldn’t get his phone to work. With his gun still trained on them, he instructed the crooks to make the call themselves. With few options, the suspects complied.

Deputies with the Cowlitz County Sheriff’s Office arrived on the scene a short time later and arrested the two suspects, who were identified as Jared Barker, 21, and Aaron Vigna, 18.

According to the State of Washington Business Licensing Service and the Washington State Department of Revenue, Barker is the owner of a painting franchise, and Lathe said he fears he has not been Barker’s only victim.

Local authorities applauded Lahti’s actions, with a spokesman for the Cowlitz County Sheriff’s Office saying the citizen’s arrest was a prime example of the benefits that spawn from safe citizens being legally armed with the proper training.