More than 2.1 million names added to NICS for mental health issues since 2013 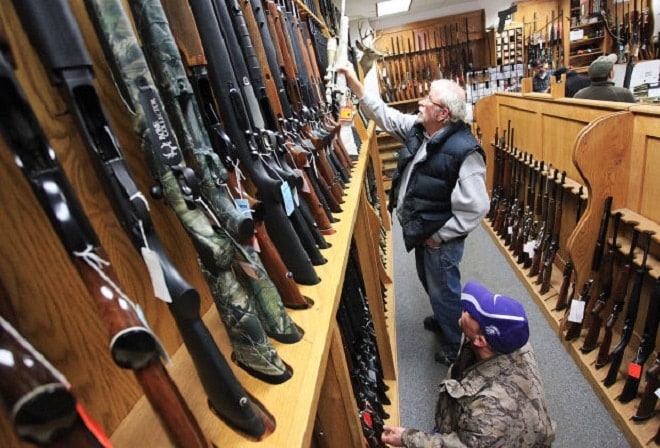 There are currently more than 14 million records in the FBI’s database of those prohibited from purchasing firearms. (Photo: Andrew Link/Winona Daily News)

The number of prohibited firearms possessors in the FBI’s National Instant Criminal Background Check System due to mental health records has doubled in the past three years after intense efforts to reform the program.

The increase, to 4,216,350 individuals as of Nov. 30 barred from legal firearms sales for mental health reasons, comes as pressure is placed on the program to be more effective. This is jump from 3.7 million records on file last November, a one-year increase of nearly 14 percent.

While over 4 million records may sound like a lot, some point to statistics that suggest a possible higher percentage of the population may suffer from a diagnosable “serious mental illness” that could bar firearms ownership. According to the National Institute of Mental Health, in 2013, there were an estimated 10 million adults aged 18 or older in the U.S. with so-classified SMIs.

Gun control advocates contend their efforts to increase reporting from states who long withheld mental health information from the federal database, is producing results in closing the perceived shortfalls.

A Freedom of Information Act request from former New York Mayor Michael Bloomberg’s Everytown for Gun Safety organization shows that in 2012 some 19 states had failed to submit even 100 records to the system. The latest data suggests this group shrunk to just six: Alaska, Montana, New Hampshire, Oklahoma, Vermont and Wyoming.

“The evidence is clear that as states submit their mental health records, background checks become more effective at keeping guns out of dangerous hands,” said Everytown Research Director Ted Alcorn, in a statement emailed to Guns.com. “Sadly, a half-dozen states are still failing to uphold their obligations to public safety, leaving fatal gaps in the background check system. It only takes one gun in the wrong hands to result in tragedy.”

On the other side of the political spectrum, the trade association for the gun industry argues it’s through their efforts that reporting has been stepped up.

“It is firearms retailers that are on the front lines using the NICS system and all want it to work,” Michael Bazinet, director of public affairs for the National Shooting Sports Foundation, told Guns.com. “That’s why NSSF launched the FixNICS campaign in 2013. Through it, NSSF has worked hard in several state capitals to ensure that legislation was passed to get all appropriate criminal and adjudicated mental health records sent from state authorities into FBI/NICS.”

Bazinet contends members of the Bloomberg group are hard to find on the ground during the debate on NICS records, until it comes time to receive accolades.

“We have testified and we have hired consultants in this effort,” he said. “Rhode Island is our most recent success. Most of the time, Everytown has been out of town. Yet, once again, Everytown steps forward to take credit for this success because it does not fit their narrative that it has been the industry that has achieved these results.”

According to Bazinet, like the push to cut federal funding to a program by NSSF to give out free gun locks, it goes against the grain for gun violence groups to concede the trade group may be acting as champions for firearms safety.

“In their preferred narrative, it is the industry that is the enemy of enhanced public safety. The opposite is true.”

The 4.2 million mental health records held in the NICS index amount to just under a third of the 14 million overall prohibiting reports. This figure dwarfs the 2.2 million felons and 490,000 known fugitives from justice in the database. The number one category, accounting for half of the records, is for the 6.6 million known individuals classified as illegal/unlawful aliens.