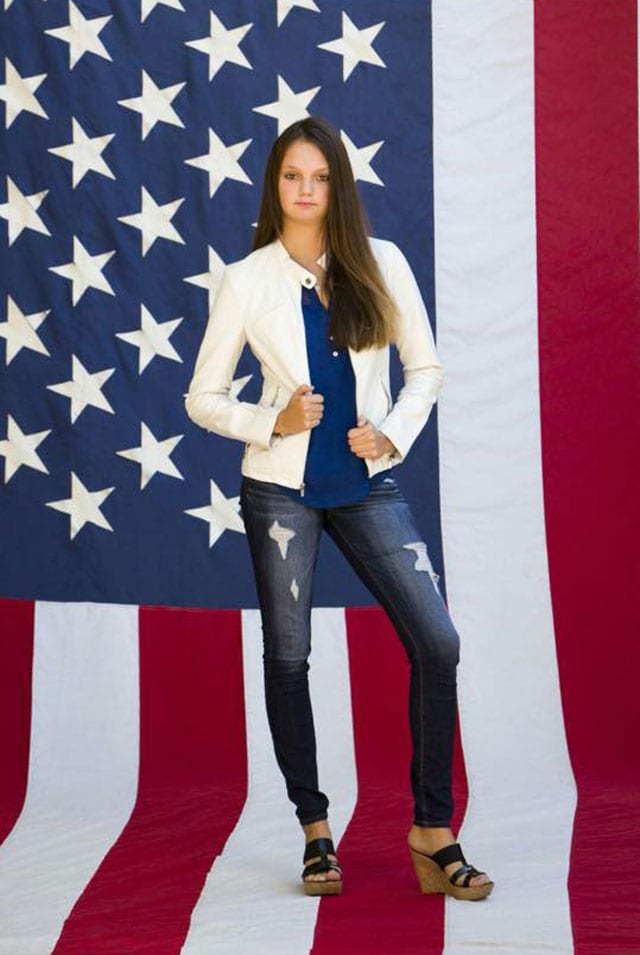 The mother of a Foxborough, Massachusetts, high school senior took to social media last week to express her frustration with her daughter’s school over a photo which the school claims is inappropriate and won’t allow in the yearbook.

The photo in question shows 18-year-old Morgan Traux posed in front of a large American flag. The Red Wing Diner, where Morgan works, paid for an entire page in Morgan’s high school year book as a graduation present. Morgan wanted to put the flag photo on the page, but the school said no.

“Does anyone find this photo offensive? Apparently, Foxborough High School finds it offensive,” Morgan’s mother, Lisa, wrote in a Facebook post with the photo. “They won’t allow the picture in the yearbook, because it’s the American flag. We are American! We live in America! OMG, what is this country coming to?”

But the school claims they didn’t reject the photo simply because it contained an American flag, but rather the way the flag was being treated in the photo.

“A photo was submitted on behalf of a local business for an advertisement in the Foxborough High School yearbook. The photo showed the United States flag, hanging on a wall, with the lower portion lying on the floor, and the student standing on the flag,” Principal Diana M. Myers-Pachla said in a statement given to local media. “We do not view standing on the U.S. flag as respectful or appropriate.”

Following the statement, the teen’s mother created another post to “clarify” that the flag in the photo “is a commercially produced photography backdrop, not an American flag.”

Lisa went on to say that her daughter simply wanted to show her patriotism and neither of them meant any disrespect to the school, our veterans or the American flag. However, Lisa still stands behind her claim that the school won’t allow the photo “because they are uncomfortable with the American flag.”