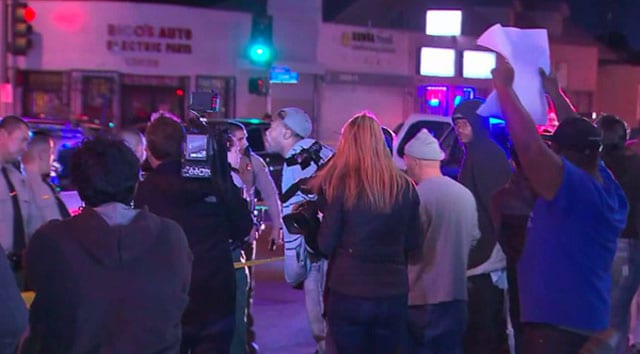 As the sun set and investigators continued to comb the scene in Lynwood, California, a crowd of angry protesters gathered and demanded answers. (Photo: KTLA)

A 28-year-old father of three is dead and his family demanding answers after he was shot by Los Angeles County Sheriff’s deputies Saturday afternoon in Lynwood.

Deputies responded to numerous calls placed just after 11 a.m. about a man in the area armed with a gun, with at least one caller claiming the man was actively shooting, KTLA reported. When officers arrived on the scene, they found Nicholas Robertson, who matched the description given by the callers. According to Lt. Eddie Hernandez with the sheriff’s Homicide Bureau, Robertson ignored “several commands” to drop the weapon, which was later determined to be a .45-caliber handgun.

Robertson’s family, however, claim he was unarmed. 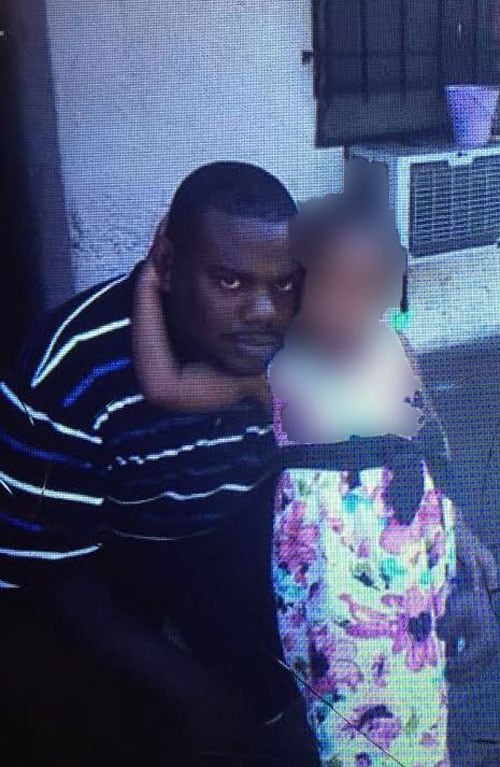 Hernandez said witness accounts indicate at some point Robertson turned toward deputies and aimed his gun at them before the officers opened fire, fatally striking Robertson. But a 29-second video captured by one witness appears to show the deputies gun down Robertson as he is walking away.

In the video, at least a dozen gunshots could be heard before Robertson fell to the ground outside of a gas station. At that point, the camera panned out and captured images of Robertson dragging his body along the sidewalk, and more than a dozen additional shots erupted. Following brief pause, several more gunshots could be heard. Altogether, over 30 shots were fired.

Robertson was pronounced dead on the scene. Neither of the deputies involved were injured.

Hernandez confirmed that at least two bullets which appeared to match the weapon carried by Robertson was recovered at the scene, but did not indicate if they were intact bullets or spent shells.

Soon after the shooting, protesters began to gather near the crime scene and demanded answers over a loud speaker. Among the group was Robertson’s mother-in-law, who said she is upset a great deal over the incident.

“In this modern age of cellphone video and instant analysis on the Internet, I would ask that we keep in mind that a thorough and comprehensive investigation is detailed and time intensive,” McDonnell stated the following morning.

Hernandez also noted that a full investigation could take several months and will include the joint efforts of the Los Angeles County District Attorney’s Office, sheriff’s Homicide Bureau and Internal Affairs Bureau.

BREAKING: A witness's graphic video appears to show Los Angeles County Sheriff's Department deputies fatally shooting a man near a gas station in Lynwood.It was unclear what led to the incident, in which more than two dozen shots seemed to be fired. No deputies were injured.In accordance with protocol, a multi-agency investigation was underway.Read KTLA's story here: http://on.ktla.com/tqKrl