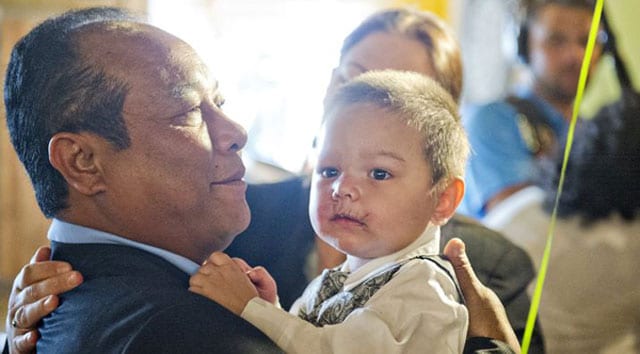 Bounkham Phonesavanh and his son, “Bou Bou,” who still faces a number of surgeries and the possibility of permanent brain damage from injuries he sustained during the botched raid. (Photo: Jonathan Phillips / The Atlanta Journal-Constitution)

The former sheriff’s deputy who was accused of providing inaccurate information to obtain a no-knock warrant used that left a toddler severely injured when a flash bang grenade blew up in his crib was found not guilty by a Habersham County, Georgia, jury Friday.

Nikki Autry, who was forced to resign from the Habersham County Sheriff’s Office following the incident, was the last person to face charges for the part she played in the botched raid, The Atlanta Journal-Constitution reported. The Habersham County SWAT unit executed the no-knock warrant, which was obtained by evidence presented by Autry, at the Cornelia, Georgia, home last May while searching for Wanis Thonetheva, who was suspected of selling methamphetamine and believed to be in the home at the time the warrant was executed.

However, as officers entered the home, a flash bang grenade was tossed into the bedroom where 19-month-old Bounkham “Bou Bou” Phonesavanh was sleeping. The grenade landed in the toddler’s crib, blowing a hole in his face and chest, leaving the child to face months in the hospital, numerous surgeries and life-changing injuries.

Bou Bou’s parents, along with their other children, were staying at the home, which is owned by Thonetheva’s mother, after their home in Minnesota burned down. Thonetheva, who is the nephew of Bou Bou’s father, was later found living at another nearby house, and a search of the home where the warrant was executed and Bou Bou was injured, turned up no drugs or weapons.

Prosecutor’s argued that Autry’s “hurried and sloppy” police work led Magistrate Judge James Butterworth to issue the warrant on inaccurate information provided by the former deputy. But even though Autry was determined to have provided false information in obtaining the warrant, prosecutors failed to convince the jury that she acted willfully or with reckless regard. 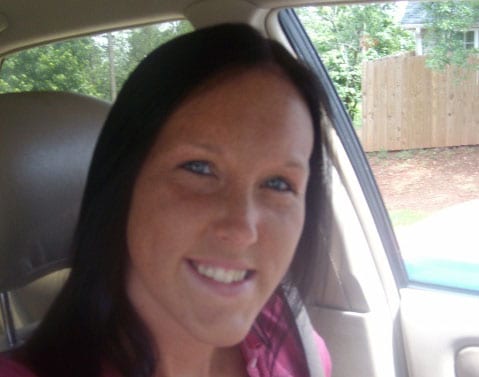 Nikki Autry, who is now a stay at home mom, said her career in law enforcement is over. (Photo: Twitter)

As part of the closing arguments, Autry’s defense co-counsel, Michael Trost, insisted his client was merely being used as the department’s scapegoat, and noted that the officer who actually tossed the flash bang did not face charges despite the fact that he blatantly violated protocol by throwing the grenade into a darkened room without first illuminating the area.

Nonetheless, after four and a half hours, the jury returned the not guilty verdict, and the toddler’s parents were quick with a reaction of disappointment.

“I thought America was built with the truth and not a bunch of corruption and lying like this,” said Bounkham Phonesavanh, the toddler’s father. “I almost lost my life, my family, my son.”

“We did nothing. We were sleeping,” he added.

Alecia Phonesavanh, Bou Bou’s mother, said the decision was not fair and they intend to keep fighting.

The Phonesavanhs, who still have multiple pending civil suits, were awarded $964,000 from the Habersham’s Board of County Commissioners last year.