A billing dispute landed one man in jail with felony charges and an Oklahoma couple in need of repairs to their hotel after the man drove his truck through the hotel lobby Thursday afternoon, almost running over two workers in the process.

John Parsley, 62, believed he was double charged for his stay at the Alva Comfort Inn and Suites, and became irate when he was not given proof of a refund. The dispute led police to be called to the scene, but it’s fair to say that nobody there could have guessed what Parsley would do after the officer arrived.

Initially, Parsley talked with the officer outside of the hotel about his billing issue, but moments later, hopped in his pickup truck and drove it straight into the hotel lobby, knocking out part of a wall in the process. He then put it in reverse, backed up, then gunned it forward again.

Surveillance video shows Parsley coming within mere inches of two women who were behind the counter at the time.

Immediately following the fiasco, Parsley – looking calm as ever – exited his truck, put up his hands and walked outside toward the officer, because, yeah, he knew he was going to jail.

Parsley now faces two felony counts of assault and battery with a dangerous weapon and one count of malicious injury to property over $1,000. 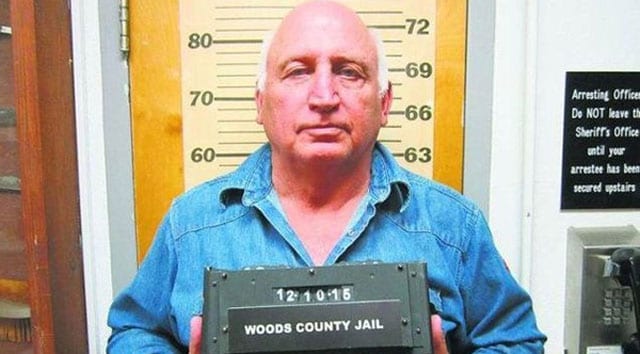