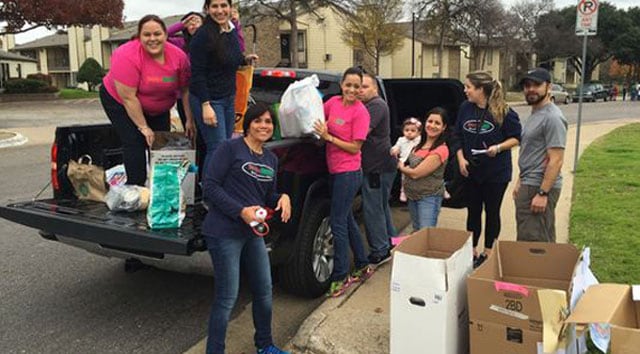 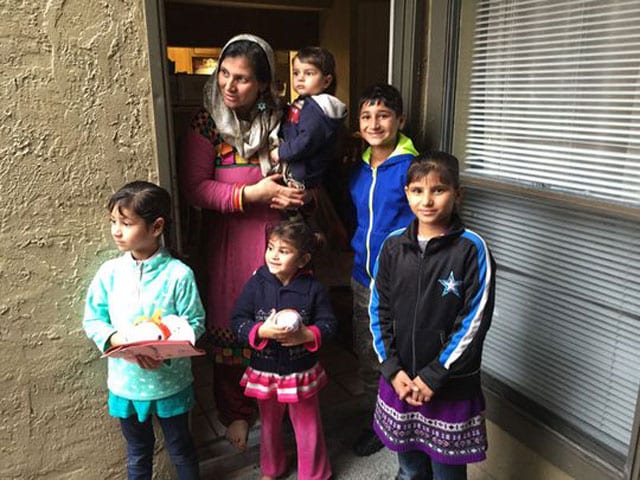 Sixty-four families who are now living in Dallas after they fled from violence in the Middle East were met with an unexpected surprise Saturday morning when local residents shared the spirit of Christmas with them by delivering presents to the families and their 136 children.

The families fled from Afghanistan, Iraq and Syria. Many know little English and all were only allowed to bring a single bag of belongings with them when they left.

“Some children have had nothing more to play with than plastic bowls and plates,” explained Silvia Chia, nursery school director at the Dallas Spanish House nursery school, who collected presents for the families. “That is not what they deserve. We are teaching our kids it’s better to give than receive.”

The DFW International Community Alliance teamed up with the Spanish House to make the wish a reality, and when volunteers showed up in the neighborhoods to deliver the gifts, they were met with surprise.

“This is a very beautiful thing they are doing,” said 40-year-old father of seven Hussein Al Moustafa, whose home in Syria was destroyed by a bomb dropped by the government.

Moustafa wished all of those involved in the early Christmas long life and noted that his family is loving their new life in the United States.