Is Putin packing? Experts say his gait may be due to years of carrying heat (VIDEO)

The reduced arm swing in Russian President Vladmir Putin’s right arm may be from over a decade of carrying a handgun as a KGB agent.

Before rising to power in St.Petersburg city government and later President then Prime Minister and now President once more, Putin spent 17 years as an officer in the KGB, only resigning after the end of the Cold War while at the rank of Lt.Colonel.

Among his time in the Soviet spy machine, he worked both espionage and counter-intelligence in the Eastern Europe after receiving extensive training with the 401st KGB school in Okhta, to include weapons use.

Now, a study published in this week in the British Medical Journal conducted by a team of neurology experts came to the conclusion that the peculiar walking pattern not only of Putin but also of other high-ranking Russian officials, either point to a rash of “overt neurological abnormalities” suggesting Parkinson’s disease, or of a more plausible explanation being that they have spent a lot of time carrying a Makarov.

“We propose that this new gait pattern, which we term ‘gunslinger’s gait,’ may result from a behavioral adaptation, possibly triggered by KGB or other forms of weapons training where trainees are taught to keep their right hand close to the chest while walking, allowing them to quickly draw a gun when faced with a foe,” reads the report.

Of course another alternative, advanced by the Guns.com team of non-certified brain scientists, is that Putin and Co are still packing and doing a gun-side check from time to time to make sure their piece is still in place. 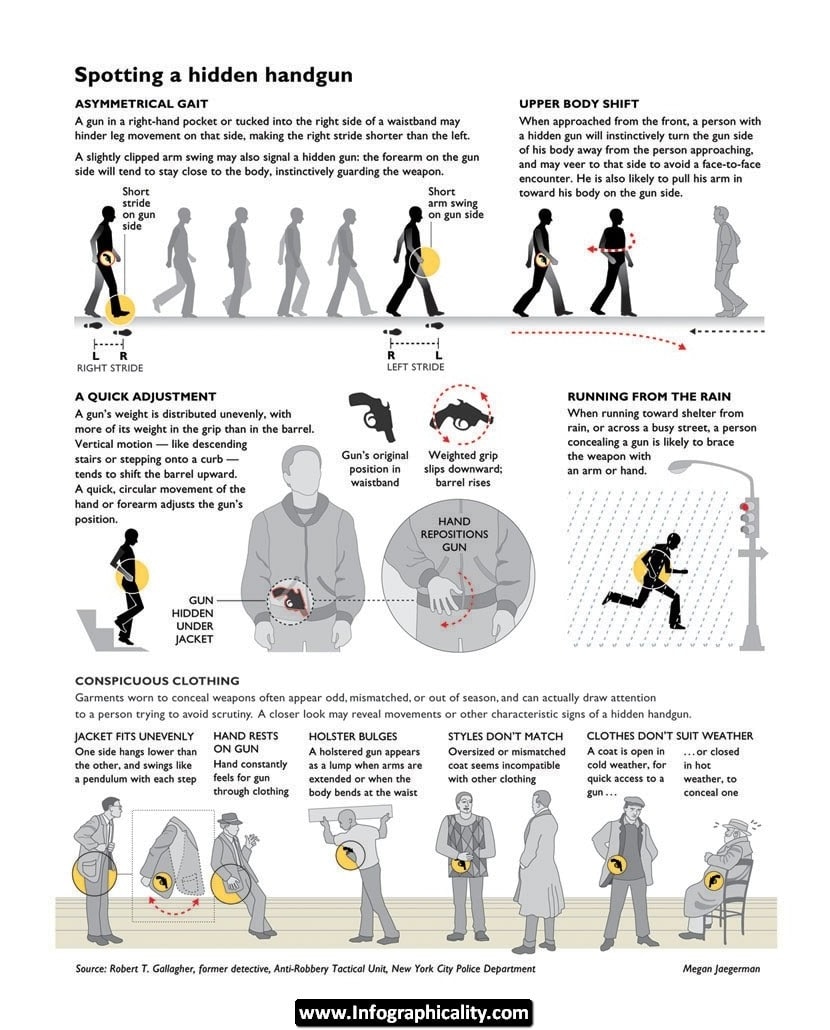