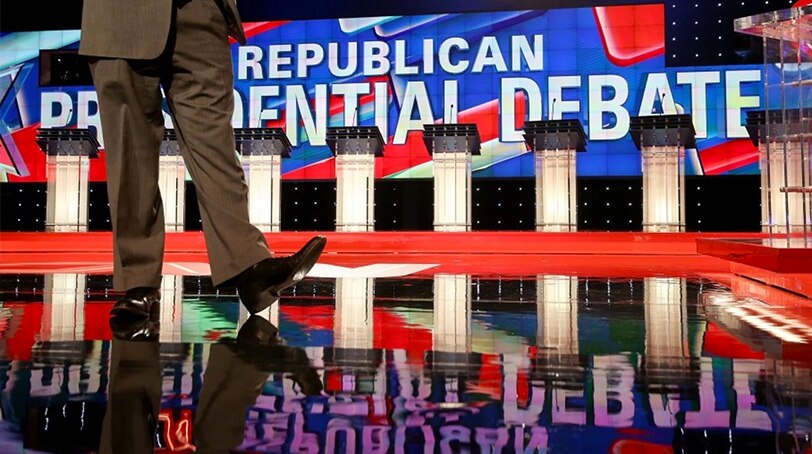 The gun violence epidemic in the United States is either non-existent or not as problematic as one would think, judging from Tuesday night’s primetime Republican presidential debate, whose theme, “keeping America safe,” didn’t include discussion of guns or how to keep them out of the hands of terrorists, criminals and the mentally ill.

The latter theme is a drum beat recently pounded by Republicans and gun rights supporters, but didn’t receive as much as a tap from any of the 13 GOP presidential hopefuls during the debate, moderated by CNN.

Guns were mentioned, however, during the undercard debate, when moderator Hugh Hewitt asked former Pennsylvania Sen. Rick Santorum about the federal government’s terror watchlist, which includes a database of individuals with suspected ties to terrorist organizations and subset lists, which include a no-fly list barring suspected persons from boarding a plane in the U.S.

The question was framed pitting Santorum against Rep. Peter King, who introduced a bill in the House barring gun ownership to those individuals on the government’s terror watchlist.

“Do you agree with him?” Hewitt asked.

“I don’t,” Santorum said. “I don’t think we should be able to deny someone’s constitutional rights based on a list kept by the government that nobody knows how they get on it, or how they get off of it.”

Santorum suggested making the list public and publish criteria covering how an individual gets put on the list and steps they can take to have their name removed from it.

The former Pennsylvania senator’s sentiment is backed by the National Rifle Association and the American Civil Liberties Union, who call a ban on guns using the secret list an assault on the right to due process.