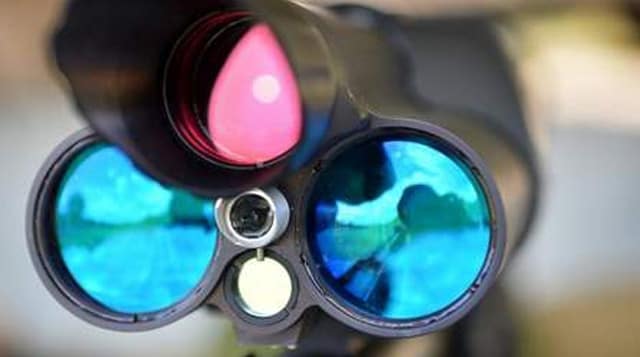 The eyes of a TrackingPoint scope.

TrackingPoint, maker of precision guided firearms, released a Christmas sale that cuts prices by roughly 50 percent, according to an advertisement posted to the company’s social media accounts.

The deal covers TrackingPoint’s original bolt-action rifles. Each one is equipped with company’s scope, which calculates most of the environment complexities for the shooter and dictates when a round is discharged from the firearm. In one case, the company dropped the price from $27,500 to $12,995.

The company says there are limited supplies and that buyers should place orders before Friday to ensure a Christmas Day delivery.

Since beginning the recovery process from financial issues in October, TrackingPoint has made two notable marketing campaigns. In May, the company shut down for four months and stopped taking orders. TrackingPoint reopened its doors in October after significantly reducing its workspace and refining operations and inventory of raw materials.

Earlier in December, the company held a shooting competition in which Taya Kyle, wife of the late Chris Kyle, a decorated soldier and subject of the film American Sniper, beat out seasoned long-distance shooters by using a TrackingPoint rifle. The charity event raised roughly $500,000.

In November, TrackingPoint’s chief executive officer pledged to give 10 rifles to any U.S. agency willing to bring them to the middle east to fight the self-proclaimed Islamic State militants or the terrorist organization Al Qaeda. It’s unclear if any agency has taken up the offer.

The Texas-based tech company, located north of Austin, launched in 2013 it introduced the precision guided firearm system that allows the user to tag a target up to 1,000 yards out and hit it once the trigger is fully compressed. Although it has wowed the public, gun buyers also expressed concern over the hefty price tag.