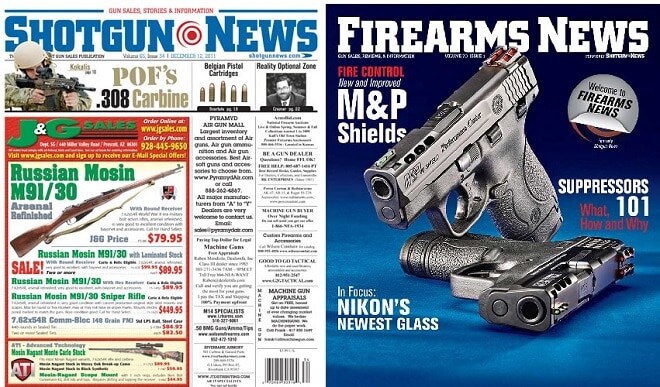 After 69-years, the Shotgun News now has a new name and a new face.

A standard of news racks since 1946 and a staple herald of the gun community, the Shotgun News, is no more, and will re-brand itself as the more correct Firearms News moving forward.

The 30-issue per year newsprint magazine, which is filled with a mix of adverts for everything from defense pencils to Uzi parts kits as well as reviews and editorials is re-branding itself with a new name.

“As you know, Shotgun News is much more than simply news about shotguns,” Editor David Hunter Jones wrote Thursday. “The title of the magazine has long been somewhat of a misnomer, and for 2016 we decided to put an end to questions about what the magazine and digital edition are all about: all kinds of firearms, not just shotguns. Hence the name change.”

With the name change comes a number of promised improvements to the publication and its associated website. These include more glossy book-sized covers, a new column by David Fortier, and a heavier stock paper. This may suit many collectors and regular subscribers who tend to keep old issues for decades as something of a time capsule of gun prices and availability.

“Rather than bleed out small changes one at a time, we decided it was most prudent to rip off the proverbial Band-Aid and unveil the completely new product, Firearms News and FirearmsNews.com,” said Hunter Jones.

While the online changes are immediate, the last Shotgun News-branded magazines will be on shelves this month.