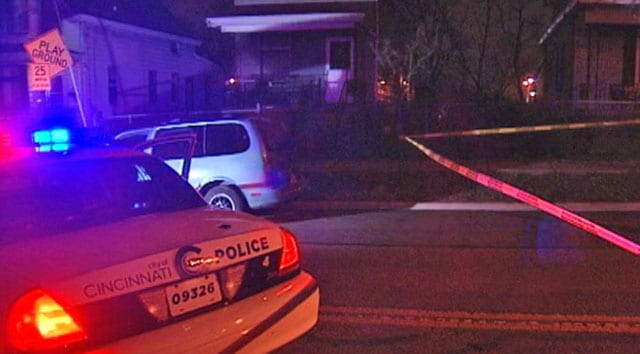 An attempted robbery in the Cincinnati neighborhood of Evanston last week left a 16-year-old boy dead, but police say it appears the man who shot him acted in self-defense.

Two contractors were working on renovations inside a house on Thursday, Dec. 10 around 11:37 p.m, but when one of the men walked outside to retrieve some tools from a truck, he was confronted by a man armed with a gun who announced a robbery, according to reports from local media.

However, the second contractor witnessed the attempted robbery unfold and walked outside to confront the suspect. At that point an exchange of gunfire ensued. The suspect was shot and pronounced dead on the scene. Both of the victims were unharmed.

Lt. Steve Saunders did not indicate who fired first, but confirmed that the armed contractor was a concealed carry permit holder. The suspect, who was later identified as Christopher Terrill, at 16 years old was not in legal possession of his handgun.

Authorities say the initial investigation indicates the contractor acted in self-defense. No charges have been filed at this point, but ultimately the decision to file charges – or not – will fall on the Hamilton County Prosecutor’s Office once the investigation is complete.

However, Terrill’s mother told WLWT that her son was the real victim during the altercation. She claims what occurred wasn’t a robbery at all, but rather a drug deal gone wrong. Police have not responded to that claim.

Sean Maloney with the Buckeye Firearms Association said prosecutors typically look at whether an individual “feared immediate death or serious physical injury” to determine whether the use of force was justified. But in Ohio, as in more than a dozen other states across the country, there is a “Duty to Retreat.”

“In Ohio, concealed-carry permit holders must ask themselves a second question: Can I run away?” explained Maloney, who is also a criminal defense attorney, adding that another thing which could come into play is “Castle Doctrine” laws, which essentially remove the duty to retreat when an individual is at a place – such as a home, car or business – where they are legally allowed to be.