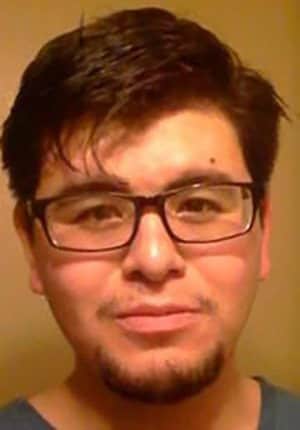 Family of Enrique Marquez describe him as a “nice guy” and friends said they were shocked to hear of his involvement with the shooting.

A 24-year-old longtime friend and former neighbor of the San Bernardino shooter has been arrested in Riverside, California.

Hours after the deadly shooting that resulted in 14 dead and 22 injured, Marquez, who was apparently contemplating suicide at the time, called 911 and readily admitted to the dispatcher that the guns used in the shooting, which is now being investigated as an act of terrorism, belonged to Marquez.

“The fucking assholes used my gun in the shooting,” an emotionally distraught Marquez told the 911 dispatcher, adding, “They can trace all the guns back to me.”

Marquez originally said he had given the guns – a Smith & Wesson M&P-15, a DPMS model A-15 rifle, and two 9mm semi-automatic handguns – to Syed Rizwan Farook for “safe storage,” but investigators later learned that Marquez bought the guns specifically for Farook, for terror plots back in 2011 and 2012 that were not carried out.

According to an affidavit, Marquez agreed to purchase the guns because “his appearance was Caucasian, while Farook looked Middle-Eastern.” Marquez also bought smokeless powder used to make pipe bombs.

Marquez, who authorities say is fully cooperating with the investigation and has provided information surrounding the case not previously known, met Farook in 2005 and, under Farook’s coercion, converted to Islam two years later. Soon thereafter, Farook introduced Marquez to a radical form of the religion and in the years that followed Marquez – alongside Farook – emerged himself deeper into the radicalized ideologies.

In 2011, Marquez and Farook began planning out attacks in Southern California. One such plan was to throw pipe bombs into the cafeteria area at Riverside Community College, then while positioned on the second floor, shoot those who attempted to escape from the area.

Another plot involved dropping pipe bombs on the SR-91 freeway during rush hour. Farook planned to then walk through the halted traffic and shoot people as they sat in their vehicles. Meanwhile, Marquez planned to be positioned on a nearby hillside where he would also execute people from a distance, starting with responding law enforcement and emergency medical personnel.

It was during the discussion of those plans, which fortunately were never carried out, that Marquez purchased the guns used in the San Bernardino shooting. But according to Marquez, he began to distance himself from Farook in 2012 following the arrest of Ralph Deleon, who engaged in similar terroristic ideologies and plots to kill Americans.

“While there currently is no evidence that Mr. Marquez participated in the Dec. 2, 2015 attack or had advance knowledge of it, his prior purchase of the firearms and ongoing failure to warn authorities about Farook’s intent to commit mass murder had fatal consequences,” said U.S. Attorney Eileen M. Decker of the Central District of California.

Marquez, who is also accused of participating in a “sham marriage” to gain legal status in the U.S. for an extended family member of Farook in exchange for $200 a month, said he understood the charges brought against him when he appeared in court Thursday, but has not yet entered a plea.

If convicted, Marquez could face up to 35 years in prison for all three charges. He is scheduled for a bail hearing Monday.