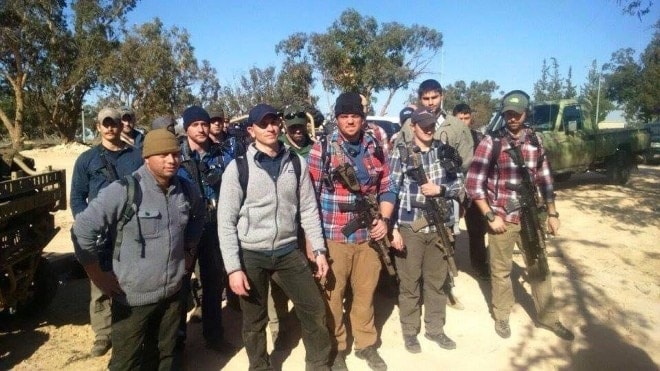 We guess this isn’t a group of open carry guys in the Portland area, but we could be wrong–not enough TAPCO. Either way, they look dressed more to blend in North Seattle rather than North Africa.

The plaid and comfortable fleece was strong in images purporting to be U.S. military personnel on the ground briefly in Libya this week.

In a post Wednesday to the Libyan Air Force’s Facebook page, four images were placed showing what is described by the page (through mechanical translation) as a plane with 20 “American soldiers” landed at al-Watiyah airbase southwest of Tripoli, and, after some apparent misunderstanding with the locals, departed, (aloha snackbar!). 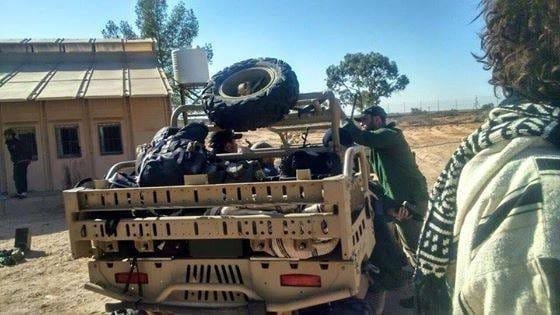 The photos show about a dozen or so young guys in jeans, cargo pants, fleece pullovers, ballcaps and plaid button-downs with no military insignia or otherwise uniform items. Gear looks to be a mix of M4/Mk18 types with old-school mags– many with suppressors– and some with EoTech 553s (guess they didn’t get the memo about the buyback) and PEQ-15s.

At least one sweet wrist GPS was present. 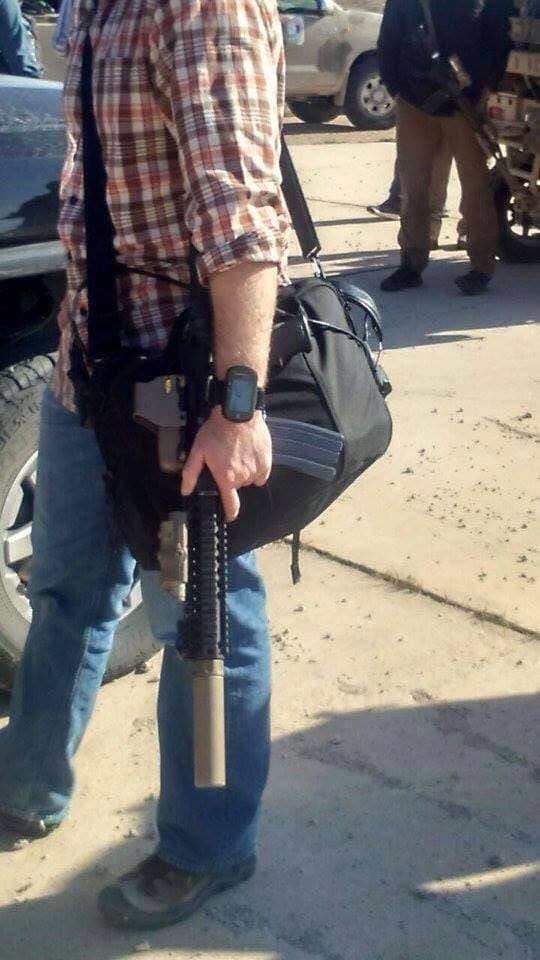 Garmin Foretrex? Can you say, commercial-off-the-shelf?

Much tac for tourism but traveling light for going operational it seems, so we’d guess low-key training or support mission. We have to admit, we are disappointed by the lack of non-standard weaps and tactical beards.

Both mainstream domestic and international media quickly called these guys “commandos” and “special operations” but we’d guess maybe/maybe not, although the plane is certified legit snake eater.

The transport, a blue and white Dornier 328-110 with tail number 13097 (N307EF), is part of the U.S. Air Force’s low-key fleet of special ops birds that fly out of places like Hurlburt Field and Cannon AFB usually operated with civil call signs and are non-standard to other more commonly seen military planes. The idea behind such aircraft is that they raise less attention (and hostile fire) than a big ol C-130 does. The military uses 17 of these neat little transport planes, designated as the C-146A Wolfhound. 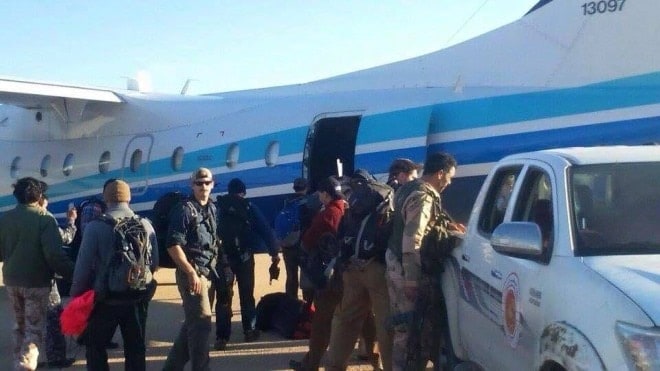 The U.S. Africa Command (AFRICOM) advised Thursday a small force of U.S. troops were on the ground in Libya but left after a disagreement.

“What I can tell you is that with the concurrence of Libyan officials, U.S. military personnel traveled to Libya on Dec. 14 to foster relationships and enhance communication with their counterparts in the Libyan National Army,” said Lt. Cmdr. Anthony Falvo, an AFRICOM spokesman.

“While in Libya, members of a local militia demanded that the U.S. personnel depart. In an effort to avoid conflict, they did leave, without incident,” Falvo added.

As noted by the Aviationist, Magma 04 left headed back to Pantelleria airport, Sicily from where it originated.