Steven Seagal named to board of California Rifle and Pistol Association 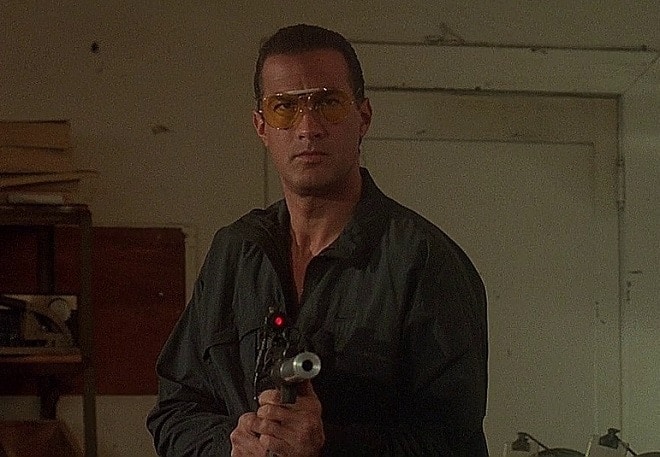 The well-known martial artist and film star was recently named as an honorary member to the board of the National Rifle Association’s affiliate in California and pledges to fight back for gun rights.

“All my life I’ve had a profound appreciation for the freedoms that America offers. That includes the right to keep and bear arms,” Seagal wrote in an introductory message to the organization. “I have a unique perspective on this, given my experience with Eastern cultures and my law enforcement experience. I respect the fact that the Founders of this country strongly believed in, and many people over the years have died for, our freedoms. I’ve risked my own life countless times deploying for these principals. And that includes the freedom to choose to own a firearm to defend yourself or your family.”

The veteran actor has more than 70 entries in the Internet Movie Firearms Database ranging from when he packed a Colt Commander in 1988’s Above the Law to a more updated Glock 17 in 2012’s Maximum Conviction.

Departing from his onscreen persona of gritty inner-city cop who dispensed his own brand of rough street justice and Navy special operator masquerading as a lowly cook, Seagal served as a Reserve Deputy Chief in the Jefferson Parish, Louisiana Sheriff’s Office, where he owned a second home, for several years.

However, Seagal feels no matter how dedicated the police are in an area, there is still a need for self-defense.

“People have the right to protect themselves and their belongings, and the right to choose a gun for that purpose. Out of the hundreds of burglaries, armed robberies, and other crimes that I’ve responded to over the years, not once have we ever arrived while the bad guys are still there,” said Seagal. “It’s like the saying goes: When seconds count, police are only minutes away. By the time we get there, somebody may have already been killed, or raped, or robbed, or beaten up. But the politicians are making it so difficult to simply buy a gun for home protection that it’s too much effort for some people.”

According to the group, the CRPA was founded in 1875 and has tens of thousands of members throughout California.

Their west coast counsel, spearheaded by volunteer CRPA President, Long Beach attorney Chuck Michel, has won landmark gun rights cases such as the recent Peruta may-issue challenge and is currently taking on the city of Los Angeles over its ban on grandfathered “high capacity” magazines.

Correction: Seagal was named an honorary board member with no voting rights and not director of the association as an earlier version of this story reported. The confusion came from the headline by CRPA on their own Facebook account as well as Seagal’s introductory message, entitled, “Meet CRPA’s Newest Director: Steven Seagal!”  The CRPA has since clarified in the below statement.