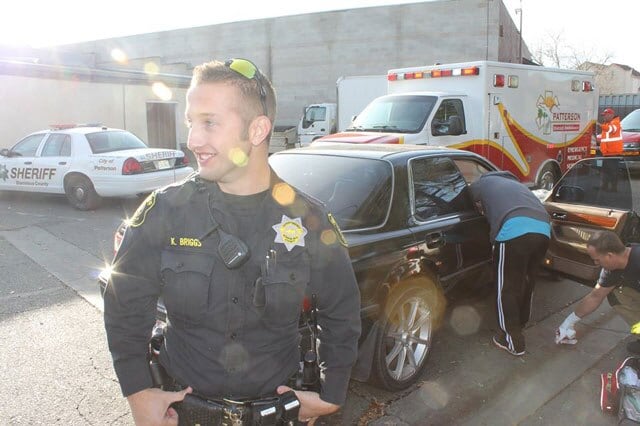 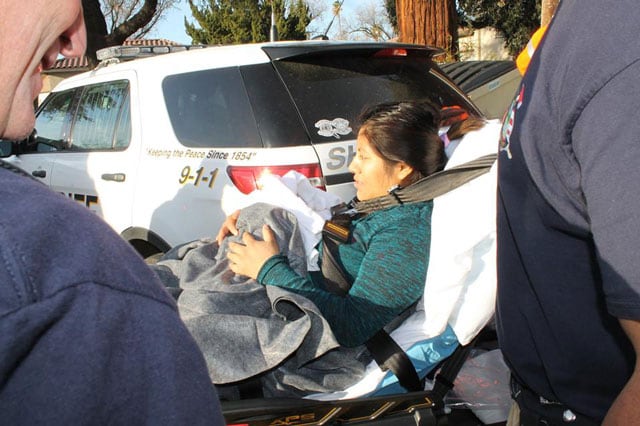 What started out as a typical Thursday morning for a Patterson police officer, turned out to be anything but when a couple pulled into the parking lot just before 9 a.m. The woman was in active labor, and the officer made the delivery right then and there, on the spot, in the parking lot of the police station.

Maximo and Hermenegilda Nava had already taken a trip to the hospital earlier that morning, but hospital staff sent the couple home, telling the woman that – although labor was imminent – it was still going to be awhile before the baby arrived. Hospital staff, as it turned out, was very wrong.

By the time the couple returned to their home, about 30 minutes from the hospital, contractions had intensified and Maximo decided they were going to turn around and go right back to the hospital. But Hermenegilda knew they weren’t going to make it, so they opted for what they felt was the next best option for help: A nearby police station.

Deputy Kyle Briggs, a three-year veteran of the force, was just returning from an incident involving a stolen vehicle. As he pulled into the parking lot, the couple immediately pulled up next to him and – although the couple spoke very little English – it didn’t take long for the deputy to realize what was happening.

Briggs called for backup in the form of firefighters and paramedics, but the baby just wouldn’t wait.

“I was trying to calm her down, telling her, ‘Don’t push,’ Briggs said, but anyone who has ever had a baby knows it doesn’t really work that way.

Still, Briggs stayed with the couple and less than five minutes after meeting them, the deputy was holding their newborn baby in his arms. Less than a minute later, the fire chief rolled up and soon thereafter paramedics took over.

Sgt. Aaron Costello said the 25-year-old deputy handled the event like a pro.

“He was not flustered,” Costello said. “When I went to the academy, I was scared to death when they showed us a childbirth video. That’s the last thing I wanted to happen.”

Mom and baby are both doing fine and Briggs said that although Thursday was a busy day, the parking lot delivery took the cake for the event of the day.