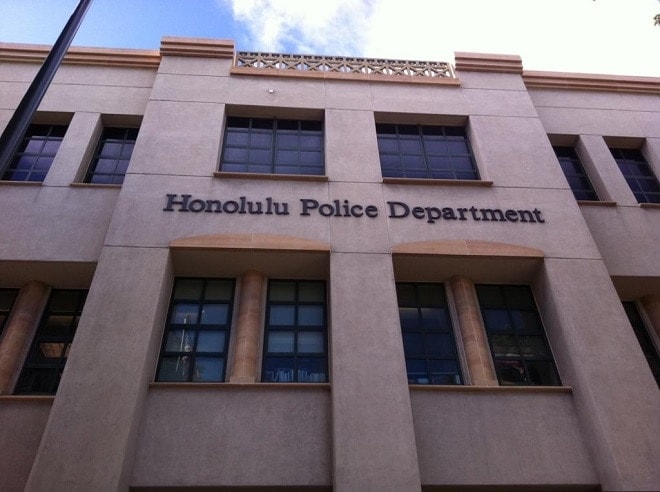 A demand for a doctor’s note for gun permit applicants by the Honolulu Police Department has left some without. (Photo: The Honolulu Civil Beat)

In Hawaii, Second Amendment rights are subject to a note from a would-be firearms owner’s doctor but some HMOs aren’t playing along, leaving gun owners in limbo.

In a state with some of the strictest gun laws in the nation, to include an assault weapon ban and an almost absolute no-issue policy for concealed carry licenses, those who want to simply buy or own a gun have to first obtain a permit to do so from their local law enforcement agency. For many this means a trip to the Honolulu Police Department.

Besides the lengthy application process that involves fingerprints, federal and local background checks, proof of firearms training and citizenship, questionnaires and waivers to allow physicians and mental health providers to release private information, HPD is also now asking those health care professionals to sign a note certifying that the permit applicant “shall own, possess, or control any firearm or ammunition and has been medically documented to be no longer adversely affected by the addiction, abuse, dependence, mental disease, disorder or defect.”

This final step, as reported by Hawaii News Now, has created a morass of liability concerns from insurers and HMOs such as Kaiser Permanente and Straub that has led to health care providers, instead of signing the statement, sending the applicant’s full medical file to the Honolulu Police for review.

“The police department is the only organization who can evaluate an individual’s fitness to acquire or own a firearm. Health care organizations/providers do not make these evaluations,” explains a statement from Kaiser Permanente officials.

In a Catch-22, HPD has said they do not want to review the files and make a medical determination on their own, insisting the doctor sign off on the statement.

The result in these cases, since the application cannot be completed, it will not be granted, and since a permit is required to own or purchase a firearm, the applicant is left with an empty gun rack.

While one could claim not to have a physician in such a case, it would expose them to potential felony charges down the road from lying on the application.

In at least one apparent case, a man was denied a permit based on some diabetic counseling he received.

“I’ve been a legal gun owner since ’91. Rifles, shotguns, pistols. I even own an AR-15. No problemo. All of a sudden, problem,” one gun owner told local media.

Gun rights advocates caution that authorities are on thin ice with the new demands and a legal challenge is brewing.

“HPD has way overstepped its statutory authority because of Kaiser and Straub refusal to comply with the pertinent statute,” Dr. Max Cooper, the legislative liaison for the Hawaii Rifle Association told Guns.com Monday. “The only recourse at present seems to be a lawsuit brought against those providers and HPD. One is planned. Hawaii Rifle Association may be contacted for information on how affected applicants can reach the 2nd Amendment attorney involved and become plaintiffs.”