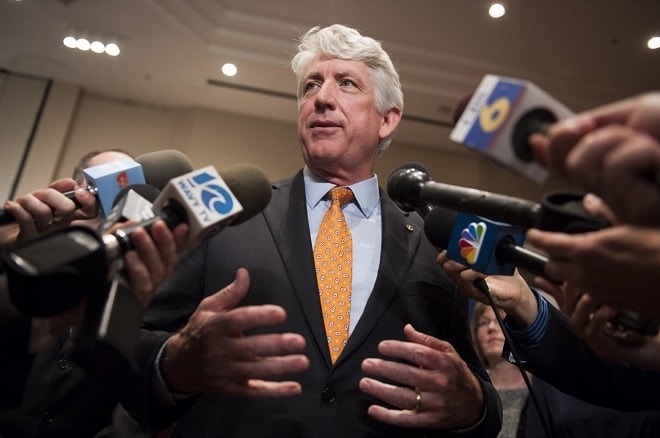 Effective Feb. 1, 2016, the Commonwealth of Virginia will no longer recognize concealed carry permits from half the states in the country.

The state currently has either agreements or defacto recognition with 30 other states to honor permits issued to individuals. After review by Virginia Attorney General Mark Herring and with agreement with the state police, this number will shrink to just five states as originally reported by the Washington Post.

The pool of acceptable out-of-state permits was drained, according to Herring, because other states did not have issuing criteria as strict as Virginia’s.

“To me, this is a commonsense step that can help make Virginians and our law enforcement officers safer by ensuring that Virginia’s laws on who can and cannot carry a concealed handgun are applied evenly, consistently, and fairly,” said Herring, a Democrat who won a razor thin margin of votes in 2013 to obtain his office.

“Our General Assembly has already identified who can and cannot conceal handguns in Virginia, and we cannot have that decision undermined by recognizing permits from other states with more permissive standards,” Herring said.

When the new policy takes effect in six weeks, the only permits recognized in the state besides their own will be from Michigan, Oklahoma, Texas, Utah and West Virginia. States are not bound to honor any other permits other than their own though few, for instance Illinois, take such an extreme stand.

Among the 25 states that will no longer be recognized are Virginia’s neighbors Kentucky, North Carolina and Tennessee and nearby Delaware, Ohio and Pennsylvania.

It is unclear if the move by Herring will change how Virginia’s own 363,000 concealed carry permit holders will be accepted in the 32 other states which currently honor them. Several, to include Florida, Louisiana, North Dakota, Pennsylvania, South Carolina and Wyoming, will no longer recognize Virginia concealed handgun permits because of laws in those states that require mutual recognition of permits.

“Virginia’s lack of enforcement of its own standards has been irresponsible and dangerous,” said Coalition to Stop Gun Violence executive director Josh Horwitz in an email to Guns.com. “While the Commonwealth has plenty of room to improve their own standards for issuing concealed carry permits, the actions taken today by the Attorney General are a good first step toward making Virginia a safer place for its citizens and visitors alike.”

In recent years Virginia, symbolically the home of the National Rifle Association’s headquarters, has been a battleground state for Second Amendment issues.

“Plain and simple, Mark Herring is putting politics above public safety,” said Chris Cox, executive director of NRA’s Institute for Legislative Action in a statement emailed to Guns.com. “This decision is both dangerous and shameful. The Attorney General knows that permit holders are among the safest groups of citizens in the Commonwealth and the country. At a time when people are scared and desperately need the ability to defend themselves, Herring has chosen the path of making self-defense harder.”

With Democrat Gov. Terry McAuliffe’s election funded by no less than $1.1 million in donations from a political action committee funded by former New York Mayor Michael Bloomberg and the governor’s immediate push for expanded gun control legislation which tanked in a Republican-controlled state Senate, McAuliffe has turned to controversial executive actions on gun measures while continuing the call for more to be done.

In the meantime, Bloomberg groups have funneled immense sums into local races to win back Democrat control of the senate again – ironically lost when Herring vacated his seat in that chamber to assume the attorney general spot.

At the time, Kevin O’Holleran, Herring’s campaign manager, argued the reason his candidate won that bitterly fought election was because they ran on an anti-gun ticket, saying, “In the end, voters were calling out for action on gun violence, and they flocked to the candidate who offered progress and a sensible, mainstream approach to protecting Virginians.”

This piece has been updated from the original with comments from CSGV, NRA and links back to the Herring announcement.