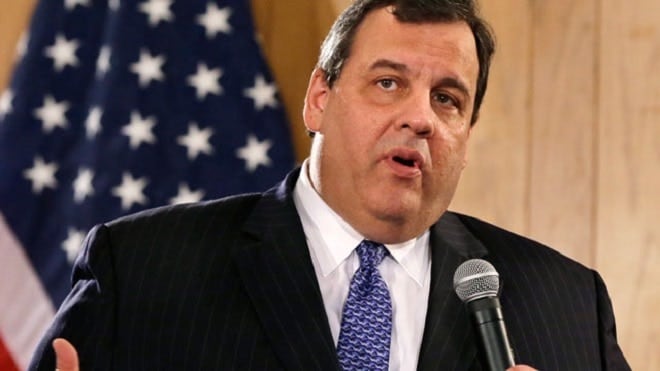 New Jersey Gov. Chris Christie is under fire over a plan to expand the state’s concealed carry program, which came at the recommendation of the New Jersey Firearm Purchase and Permitting Study Commission.

Christie, a GOP presidential candidate, said he would “wholeheartedly embrace” the plan, which seeks to extend concealed carry licenses to individuals who can prove their lives are at risk, NJ.com reported.

But gun rights advocates don’t like the plan and its “justifiable need” requirement to carry, demanding the Second Amendment be invoked.

“We’re dumbfounded that any Second Amendment supporter would consider this a success,” Alexander Roubian, the president of the New Jersey Second Amendment Rights Society, told the news organization. “If he walks into Iowa and New Hampshire with this report, he will be booed and kicked out of that state faster than he can believe it.”

“If you can prove (threats against your life), then you should take that proof to law enforcement, rather than be a potential vigilante yourself,” Lesniak said. “You shouldn’t be giving people the green light to take the law into their own hands. They’ll bring back the wild wild west here, and we’ll be just like the other state where the murder rate is so much higher than ours. I don’t want New Jersey to be Texas.”

A different gun rights group, the Association of New Jersey Rifle and Pistol Clubs, lauded the governor in his endorsement of the “historic recommendations.”

“We welcome Gov. Christie’s acceptance of these historic recommendations and thank the governor for taking unprecedented action in support of Second Amendment rights,” said Scott Bach, executive director of the ANJRPC. “When fully implemented, these executive actions will make a real difference in the lives of law-abiding gun owners, without compromising the governor’s tough record going after violent criminals.”

Christie instituted the permitting scheme this summer by executive order and also formed the panel to examine further changes to the state’s execution of concealed carry requests.