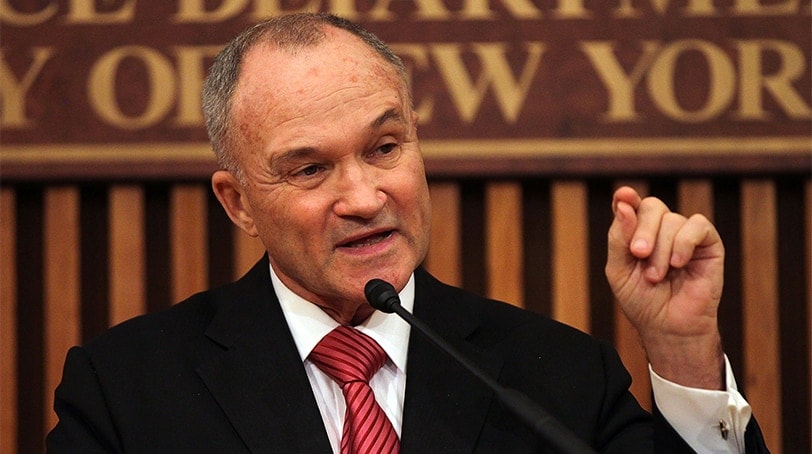 Following announcement earlier this year by New York officials that the city had enjoyed one of the safest summers, former New York Police Commissioner Ray Kelly on Tuesday hinted at possible manipulation of crime statistics on the part of the city’s law enforcement.

During an interview with AM 970, the city’s former top cop challenged current Commissioner Bill Bratton’s charge that crime is at an all-time low, the New York Daily News reported.

“I think you’ve got to . . . look at those numbers because I think there are some issues with the numbers that are being put out,” Kelly said on AM 970. “I think there’s some redefinition going on as to what amounts to a shooting, that sort of thing.

The two have gone back and forth, challenging each other’s records over the impact of the city’s controversial stop-and-frisk policy, which has been criticized by civil rights groups as unfairly targeting black New Yorkers.

The New York Civil Liberties Union recently found that as New York decreased the number of such stops over a period of several years, the rate of crime also decreased.

Crime is reportedly at an all-time low and shootings are down, but murders have increased.

The Post cited a John Jay College of Criminal Justice study that attributed the increase in murders were attributed to more than 800,000 fewer “enforcement actions” by Mayor Bill de Blasio during his first year in office in 2014 than Michael Bloomberg’s final year in 2011.

“Perhaps Ray Kelly’s looking at the shooting numbers along with the drastic reduction in stop-and-frisks, and his expectation, along with others, [is] that shootings would increase as a result,” a police official told the Post in response to Kelly’s remarks. “That hasn’t panned out, so now he’s accusing the department of fudging the numbers when the reality is we’re just doing more focused crimefighting.”