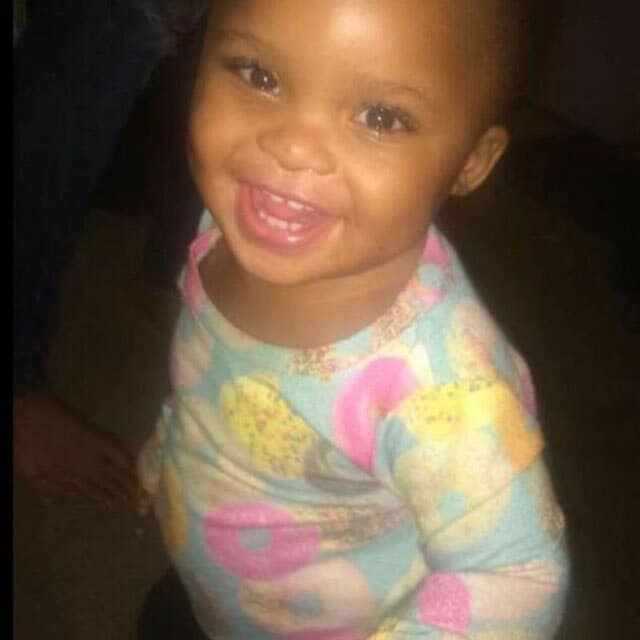 Maleah Williams is described as a happy, fun-loving toddler who is known to family and friends as “Peanut.” (Photo: Go Fund Me)

A 1-year-old girl fights for her life after she was shot in the head by a stray bullet in a drive-by shooting outside of a Chapel Hill apartment complex Christmas Day, and the man accused of pulling the trigger is now in police custody.

The Chapel Hill Police Department confirmed in a release Chaquille Oneill Davis, 22, was apprehended in Durham just before noon Sunday by the U.S. Marshals Joint Fugitive Task Force. Davis is charged with attempted first-degree murder and assault with a deadly weapon, and is being held on a $650,000 secured bond. As Davis was being taken into custody, he apologized to the young victim and claimed he never meant to harm her, in a video captured by a local ABC affiliate.

Witnesses say about 10 children were playing outside at the apartment complex, enjoying their new Christmas presents and the unseasonably warm holiday, when Davis’s vehicle slowly crept through the parking lot, before stopping close to a set of dumpsters and spraying a shower of bullets, downward into the yard where the children were playing.

At the sound of gunshots, the children scattered and parents panicked to get their kids to safety. Tylena Williams ran away with her young daughter, but it wasn’t until she got around the corner that she realized her child, 1-year-old Maleah, had been shot in the head. No other children were injured.

The toddler was rushed to the University of North Carolina Children’s Hospital, where she has undergone two surgeries but still remains in critical condition. 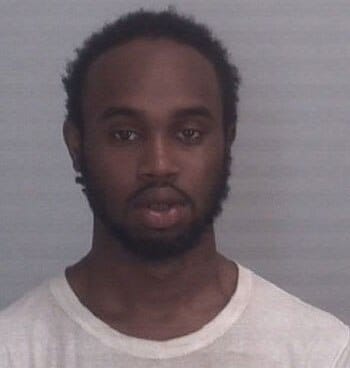 Depending on prior criminal history and if the child survives, Shaquille Davis could face life without parole. (Photo: Orange County Jail)

Maleah’s mother said she does not think Davis intentionally aimed for her baby, but authorities have yet to publicly identify who they believe was the intended target. Still, the young girl’s mother questioned why Davis would even fire in their direction, knowing that there was a group of children playing in the yard.

“Our community should be a safe and peaceful place for everyone,” Hemminger said in a statement. “We need greater gun control measures now that will reduce the availability of guns here and everywhere.”

Hemminger also praised the efforts of law enforcement for quickly apprehending the suspect.

Meanwhile, Maleah remains in critical condition, but her family holds on to hope.