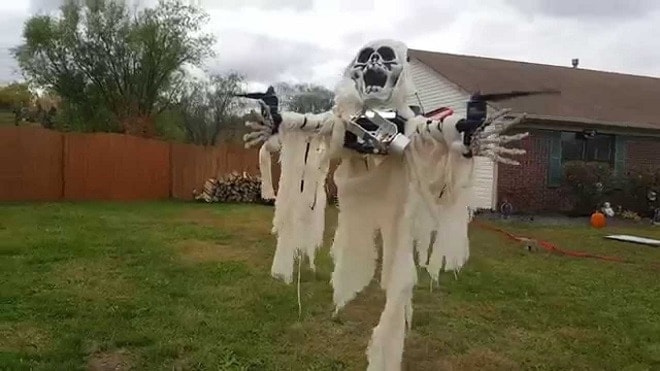 Multi-rotors are scary, okay? And we needs laws to make them un-scary. At least that’s the paraphrase of two lawmakers in SC and Tenn.

Lawmakers in Tennessee and South Carolina want to throw a wet blanket on the concept of arming RC unmanned air vehicles under threat of a little time in state prison.

Of course there are exemptions for military and police use, so they are rather an “armed drone for me, but none for thee” type of proposal, but you get the general idea.

Democrat Gillard would have violators in South Carolina receive $500 in fines and/or a month in jail.

Republican Byrd– tough on drone crime– would like to see Tennessee violators charged with a Class E felony which would allow one to six years in prison, as well as a fine of up to $3,000.

So if both pass, be sure to disarm your multi-rotor should you be passing through Volunteer or Palmetto State airspace.

The push in the two Southern states comes after a teen in Connecticut released two videos, one showing a Kel Tec PMR-30 and another with a flame device, fitted to a hobby drone, which caused immediate feelings of the “why is this not banned” variety.

To which Byrd and Gillard have answered the call with proposed legislation pre-filed this month for consideration in 2016.