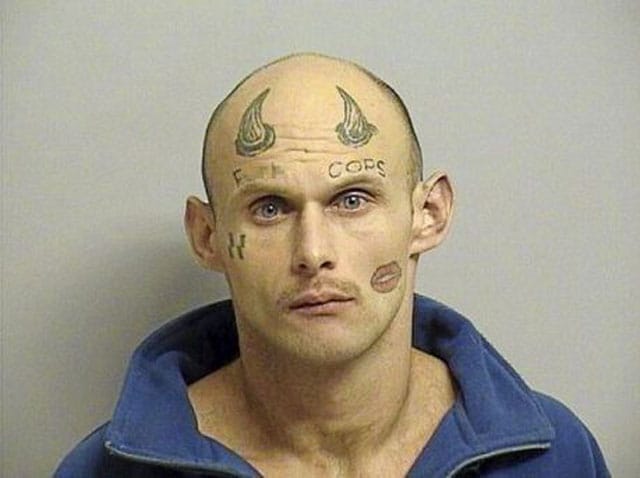 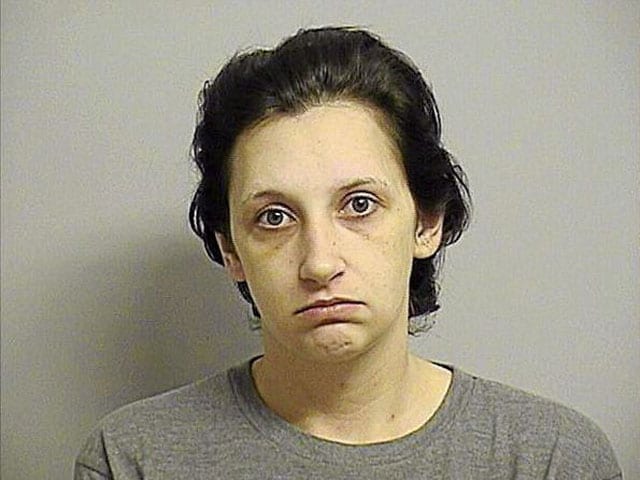 A couple was arrested last week after robbing a man at knifepoint inside his Tulsa apartment, but it was apparently the male suspect’s one-of-a-kind facial tattoos that helped the victim identify him.

Sonja Moro, 29, the victim’s ex-girlfriend, forced her way into the man’s apartment around 5 p.m., Friday, Dec. 18. Accompanying Moro was Paul Terry, 27, who pulled out a knife, demanded money and took off with the victim’s wallet, while Moro stayed behind in an attempt to get more money from the victim. Moro eventually left when the victim called the police, but the man already had a good description of the suspect to give the police: Horns tattooed on his forehead, directly above the “F*ck Cops” tattoo.