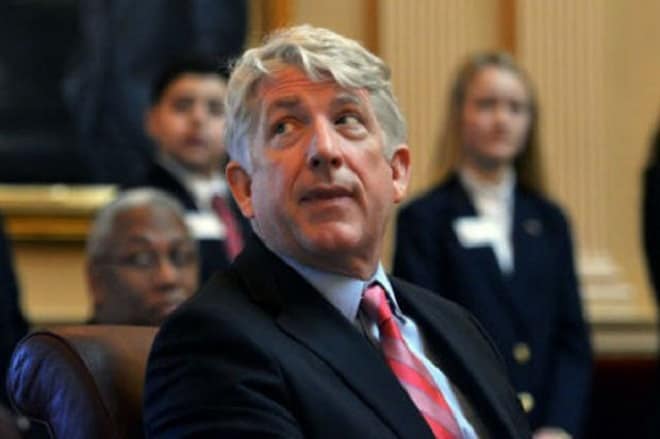 Virginia Attorney General Mark Herring is under fire for his decision to severe recognition of gun permits from 25 states. (Photo: AP)

Outcry is building both within and outside Virginia after officials announced they would no longer recognize concealed carry permits from half the states in the country.

The Commonwealth currently has either agreements or defacto recognition with 30 other states to honor permits issued to individuals. After review by Virginia Attorney General Mark Herring and with agreement with the state police, this number will shrink to just five states. The pool of acceptable out-of-state permits was drained by over six million permit holders, according to Herring, because other states did not have issuing criteria as strict as Virginia’s.

This has officials in some of the affected states crying foul who call the move more about partisan politics than safety.

“The real losers of the Virginia attorney general’s decision are law-abiding gun owners in half the states in our country” said Florida Agriculture Commissioner Adam Putnam, who has jurisdiction over the Sunshine State’s 1.4 million permit holders. “The Virginia attorney general’s politically expedient decision to end reciprocity for concealed weapon licenses is a knee-jerk reaction that tramples on people’s Second Amendment right.”

Inside Virginia, Republican lawmakers, who control the state senate and hold a strong minority in the house, blasted Herring’s move.

“Mark Herring consistently seeks to interpret and apply the law of the commonwealth through the lens of his own personal, political opinions,” Virginia House Speaker William Howell, R-Stafford, said. “He is damaging the integrity of the office he holds.”

A house bill backed by Delegate Lee Ware (R), which will be taken up in January would undo the changes made by Herring by reforming Virginia law to honor any valid carry permit from all states and jurisdictions.

Virginia Sen. Bill Carrico (R) coupled strong words for the AG, who is backed by fellow Democrat Gov. Terry McAuliffe, by telling the Herald-Courier he and other GOP lawmakers would move to defund the governor’s bodyguards, saying, ““I have a budget amendment that I’m looking at to take away his executive protection unit. If he’s so afraid of guns, then I’m not going to surround him with armed state policemen.”

The Republican Party of Virginia for its part to stir the pot has gone live with a dedicated website to fight what they term “Herring’s assault on the Second Amendment.”

While the editorial board of the Washington Post called the backlash an overreaction and contended Herring is doing nothing more than enforcing the existing statute, gun control advocates such as the Coalition to Stop Gun Violence praised Herring’s action as a “good first step toward making Virginia a safer place for its citizens and visitors alike.”

Local gun rights advocates and gun owners were quick to mobilize in opposition.

An online petition launched last week calling to preserve the reciprocity agreements has garnered over 13,000 signatures while outraged citizens have filed more than 2,000 public comments on the new restrictions and other gun control measures by the McAuliffe administration on a state-maintained forum.

“Here in the Old Dominion, the anger of gun owners at what our Attorney General has done is palpable, and I cannot remember anything to match it,” said Philip Van Cleave, president of the Virginia Citizens Defense League in a statement. “VCDL will be working to fix this problem from various angles and we will be trying to do so as expeditiously as possible.”

VCDL is holding a public meeting at the Glen Allen Library on Tuesday, Dec. 29 at 7 p.m., to discuss the changes.