Witnesses praise Detroit man who killed robber, but he may face carry charges 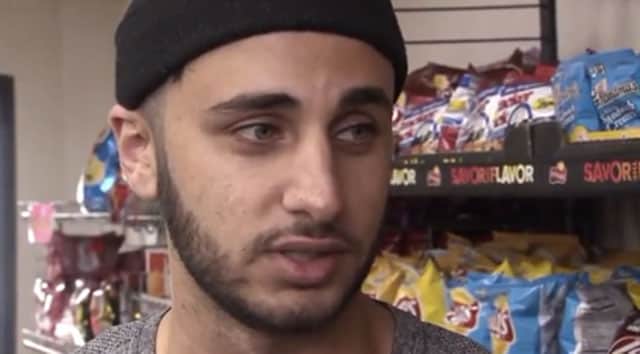 “It’s sad somebody got killed, but it was self-defense,” said store manager Jay Jawad. (Photo: Fox 2)

A young man is dead after he attempted to rob another at a Detroit gas station, not knowing his intended victim was armed and ready to defend himself, local media reports.

Although those who witnessed the incident describe a clear cut case of self-defense, it’s unclear if the victim, who police have not identified, will face charges for carrying a concealed gun without a license. The district attorney will ultimately decide whether the shooting was justified.

The incident unfolded around 1 a.m. on Dec. 22. and according to the store manager, Jay Jawad, the 29-year-old victim is a regular customer who frequents the store almost daily.

Jawad told The Detroit News that the suspect, who was wearing all black and a black hoodie, entered the store then left and went to a nearby bus stop where Jawad thought he waited for the opportunity to rob someone.

Soon thereafter, the would-be victim walked into the station, parked his car at a gas pump and then walked to the 24-hour window to purchase cigarettes. In that moment, the 23-year-old suspect, who police have not publicly identified, approached the customer, pulled a gun on him and instructed him to empty his pockets. But the customer didn’t reach into his pockets for money, and instead grabbed his own handgun and shot the suspect multiple times. Police estimate eight to 12 shots were fired.

Jawad said the victim was visibly distraught over the shooting, pacing the parking lot as he waited for police to arrive, but he believes the man did the right thing.

The armed citizen, who authorities determined did not possess a valid concealed pistol license, was taken into custody for questioning, but later released. Authorities confiscated the man’s gun, as well as video surveillance captured by the store’s security cameras.

“I say good. It’s about time,” Barbara Weiss, a customer who said she had been robbed by the store before, told a local Fox affiliate.

Weiss said she hopes the shooting will send a clear message to other criminals: “People aren’t going to take it anymore – we’ve had enough. Leave us alone, get a job and be responsible – or go to jail, or die.”