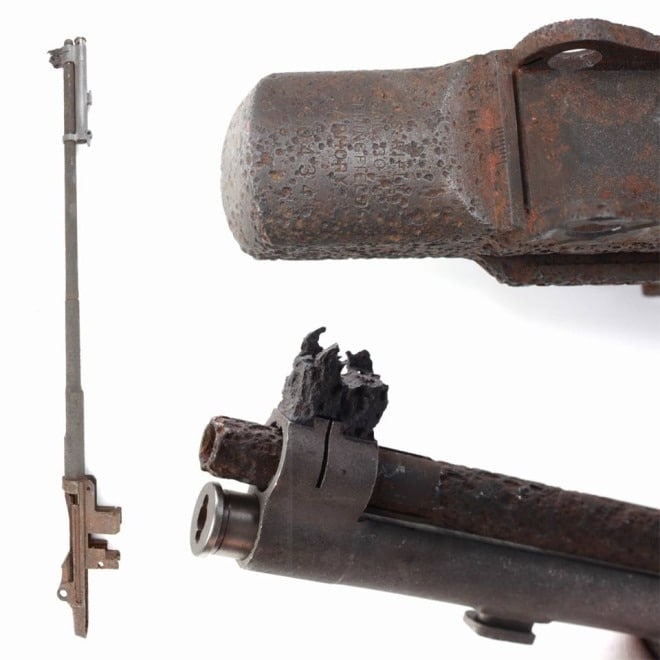 The M1 was the primary U.S. infantry rifle of World War II and Korea and this one, after more than a half-century underground, has suffered both at the hands of war and mother nature. (Photo: NRA)

The NRA Museum, in honor of the 71st anniversary of the Battle of the Bulge, brought out a relic M1 recovered from the Ardennes near the Belgium border that has seen better days.

The rifle, which came from the Springfield Armory in 1943, was found by a relic hunter with a metal detector in the 1990s after being interred in the Belgian earth for decades. Curator curator Doug Wicklund explains the rifle likely belonged to a soldier who was facing capture by the Germans in the battle, as the M1 was field stripped and is missing its bolt and internals.

During the initial German assault, whole U.S. regiments were encircled and forced to surrender once their positions became untenable. In six weeks of fighting some 23,000 Americans were either listed as missing or prisoners of war while others were executed in war crimes.

While the particular Garand’s owner has been lost to history, the story behind it will endure.