10 most talked about defensive gun uses of 2015

Several times each week, Guns.com publishes stories of legally armed citizens using a gun in defense of themselves or others. While these posts typically receive a lot of attention, there are some that stand out above the rest, topping the charts not only with the number of views and social media shares, but also bringing in the most discussions, in the form of reader comments.

No. 10: Repeat burglary victim buys gun, uses it later that day during break-in 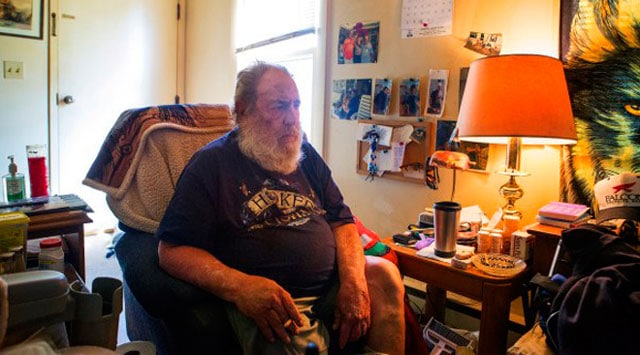 Harvey Lembo believes criminals see him as an easy target because he is disabled and uses a motorized wheelchair. (Photo: Bangor Daily News)

Sixty-seven-year-old Harvey Lembo was tired of being victimized in his Rockland, Maine, apartment and after five break-ins, he decided to get a gun. Within hours of obtaining an antique Russian revolver, Lembo came face-to-face with Christopher Wildhaber, 45, who broke into Lembo’s apartment and attempted to steal prescription medications.

Lembo dialed 911 while holding Wilhaber at gunpoint. No shots were fired at that point, but Lembo warned Wilhaber he “would blow his brains out” if he moved. Wilhaber, however, decided to make a run for it anyway and was shot in the backside while trying to flee from Lembo’s apartment.

Wilhaber was later apprehended and Lembo was not charged, but has since found himself in a legal battle with the apartment’s management company who threatened to evict Lembo over the gun, which they say violates their policy and the lease Lembo signed.

No. 9: Store owner unloads AR-15 on group of robbers

When a group of at least five suspects engaged in an attempted smash and grab at a Milwaukee clothing store in July, they didn’t expect to meet the shop owner armed with an AR-15 on the other side of the door.

Authorities said the group used a stolen van to repeatedly ram the front of Rami Murrar’s store. Despite other security measures that included concrete barriers and a metal security gate, the suspects were able to gain entry into the shop. But as soon as three of the suspects stepped across the threshold, Murrar fired five shots in rapid succession, striking one of the suspects three times.

The suspects scrambled to get away and immediately fled from the scene, but showed up a short time later at a local hospital with a wounded compadre and an elaborate, made-up story of how he was shot while walking down the street – a story which authorities did not buy.

The entire incident, which lasted less than a minute, was captured on the store’s video surveillance system. 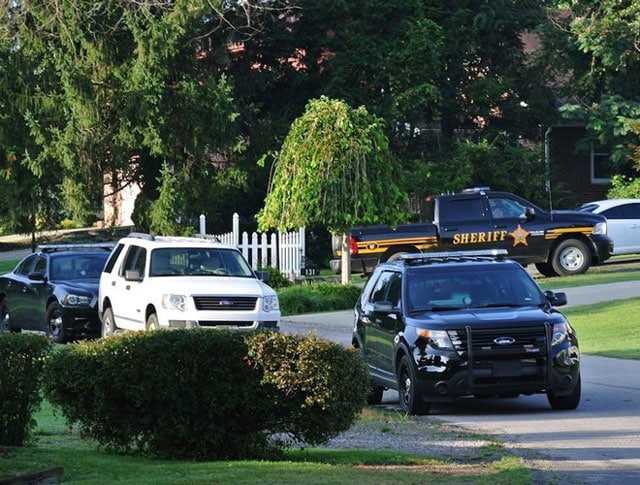 A violent domestic dispute in Jackson, Ohio, came to an end when the woman – after being shot in the torso – returned fire and fatally shot the man who had just attacked her and killed another man in her yard.

David Hoover was leaving the home of Emily Adkins in the early morning hours when he was attacked by Paul Christian. As Adkins and her 2-year-old daughter remained asleep inside, the two men engaged in a fight that started in the yard and moved up onto the porch.

Eventually, Adkins was awakened by the commotion, retrieved a .380-caliber handgun and remained behind her locked front door. Authorities said while still outside, Christian stabbed and “hacked” Hoover, before turning his attention to Adkins.

Christian forced his way into the home and shot Adkins twice, but she was able to return fire and shot Christian multiple times.

When authorities arrived on the scene, Christian and Hoover both were pronounced dead. Adkins was rushed to the hospital and survived.

No. 7: While celebrating score, teen robbers shot by CPL-holder they just mugged

The victim, who did not wish to be identified, was waiting at a bus stop after work when he was approached by the three suspects. They stuck a gun in the man’s face, announced a robbery, and dug through the victim’s pockets, retrieving $220 in cash.

The teens then stood nearby and celebrated the score, but the party was cut short when the man they just mugged pulled out a gun and shot them. The suspects – who were 16, 17 and 19 years old – showed up at a hospital a short time later, claiming they were shot while being mugged. The 16-year-old was shot in the chest and the 17-year-old was shot in the leg, but both survived.

No. 6: Two gang members shot, one stabbed when victim fights back

After being viciously attacked by four gang members that broke into his home at a Gresham, Oregon, trailer park in September, one man fought back against his assailants, shooting two and stabbing a third.

Authorities say the group forced their way inside the home searching for the homeowner’s friend, but when they discovered he wasn’t there, instead attacked the homeowner, who had no associations with the group or the gang to which they were associated. The homeowner was severely beaten and even stabbed in the face, but at some point during the attack was able to grab a gun and shoot two of the men and stab the third with a knife.

Eriberto Sumano, 25, was shot a single time and pronounced dead at the scene, and an unidentified 16-year-old was hospitalized with a gunshot wound. Jesus Bucio, 24, was treated and released for a non life-threatening stab wound. The fourth suspect, 17-year-old Leonard Chavez, was not injured.

All four suspects had prior criminal records. 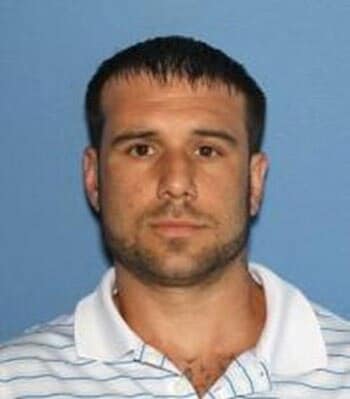 In addition to rape, Jonathan Hill has prior convictions for robbery, theft and burglary. (Photo: Faulkner County Sheriff’s Office)

A violent home invasion in the tiny town of Damascus, Arkansas, left one suspect with a gunshot wound to his stomach.

The 42-year-old female homeowner was asleep in the bedroom, a 70-year-old male friend asleep on a couch in the living room, when the two suspects gained entry into the home by breaking a window. The sound of glass shattering woke up the homeowner, who found 36-year-old Jonathan Hill standing in her bedroom.

Hill, a Level 3 registered sex offender convicted of raping a 69-year-old woman at gunpoint, grabbed a shotgun from the corner of the woman’s room, then shoved her, knocking her back onto the bed.

Hill then left the bedroom, went to where the friend was lying on the couch and put a knife to his throat, before returning to the bedroom. But once Hill walked away, the friend retrieved a handgun, went to the woman’s bedroom and shot Hill a single time in the stomach. At that point, the second suspect, 38-year-old Stacy Wright, attacked the homeowner’s friend, striking him in the back.

The suspects then fled from the home through the broken window, dropping a knife and cell phone along the way. The couple showed up at local hospital a short time later and were taken into police custody.

No. 4: FL man shoots 2 intruders after finding dead dogs in his home

An attempted burglary at a Latana, Florida, home in August left two suspects shot, one fatally and one in the face.

The 27-year-old homeowner pulled up to the house with his girlfriend and small child in the car and immediately noticed there where lights on in the home when there should not have been. The man armed himself, left his loved ones in the car, and walked up to the house to investigate.

Upon entering the home, he immediately noticed both of his dogs were lying in the home dead. Moments later he found the two suspects, Tavarress Alexander Wilson and Obrian Simms, in his home. Upon seeing the homeowner, one of the suspects pulled a gun on him, but the homeowner’s draw was faster. He fired several shots, striking both suspects.

Wilson, who was shot in the face, fled from the scene and showed up at a nearby hospital a short time later. Simms was pronounced dead on the scene.

The homeowner, his girlfriend, and child were all uninjured.

No. 3: 1 dead, 3 in custody after teens attempt to rob CCP holder

Four teens attempted to rob a man at a St. Paul, Minnesota, park but their intended victim was a legally armed citizen who fought back against his assailants, fatally shooting one.

The victim went to the park late on a night in August to observe the blue moon. Another man was at the park for the same purpose, and as the men began to talk, the four teens, one of whom was armed with a handgun, approached the men and announced a robbery. But the victim pulled out his own gun and shot the suspect holding the handgun. The remaining suspects immediately fled from the scene.

The victim then called the police and rushed to render aid, as best he could, to the injured suspect, who was later identified as 16-year-old Lavauntai Broadbent. Efforts to save Broadbent failed and he died. The remaining three suspects were captured a short time later. 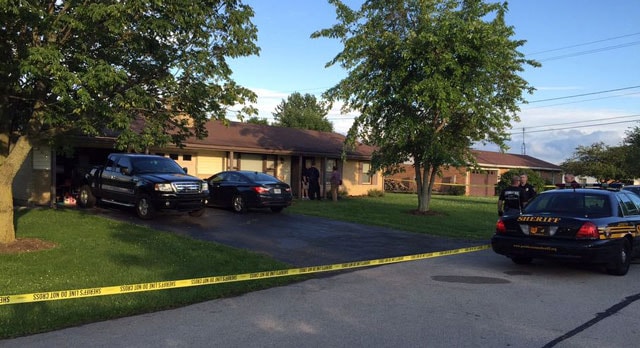 The children were playing outside when the observant toddler apparently noticed a man whom she identified as a robber. (Photo: Jarod Thrush / WHIO)

A 22-year-old man was shot and killed after he barged into a home in the small town of Eldorado, Ohio, moments after the family’s 3-year-old child, who had been playing outside, ran inside and said, “A robber’s here, daddy.”

The couple’s children were playing outside about 6:30 one evening in July when the suspect, who was later identified as Jacob Craft, pulled up, parked his car, then got out wearing a hat, his face covered with a bandanna and carrying a gun.

The child’s father armed himself upon the announcement of the robber and when Craft burst through the door and shouted an obscenity, the father shot him a single time in the chest. The homeowner’s wife was already on the phone with the 911 dispatcher when Craft came through the door.

When police arrived a short time later, they found Craft lying just inside the front door of the home. He was medflighted to a hospital, but later died. None of the family members were injured.

Authorities believe Craft was attempting to commit a robbery.

No. 1: 6-time felon killed by 13-year-old during home invasion 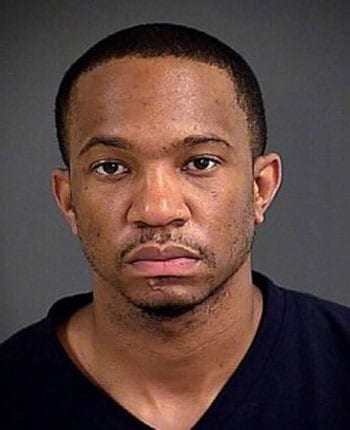 Lamar Anthwan Brown, a 6-time convicted felon, was killed by a 13-year-old. (Photo: The Post and Courier)

A break-in at a Ladson, South Carolina, home last month left one suspect dead and the other behind bars after they were confronted by a 13-year-old boy armed with his mother’s handgun.

Initially, the boy, who was home alone at the time, grew suspicious when he saw the suspects’ vehicle pull up outside. A few minutes later, the boy’s suspicions were confirmed when the two suspects – both convicted felons with lengthy criminal histories – tried to force entry into the home.

The boy, fearing for his safety, retrieved a handgun belonging to his mother and opened fire on the suspects, who returned fire as they fled. The suspects took off in their vehicle and the boy immediately called his mother, who instructed him to call the police as she rushed home.

Lamar Anthwan Brown, 31, was later dumped outside of the emergency room of a nearby hospital. Brown, a 6-time convicted felon, had been shot three times and later died. Soon thereafter, the second suspect, Ira Bennett, 28, opted to turn himself in to authorities. Bennett, who also had prior felony convictions, which included assault with intent to kill, was charged with first-degree burglary and possession of a weapon during the commission of a violent crime.

The boy was not injured.