Officers cleared of criminal charges in killing of Tamir Rice, 12 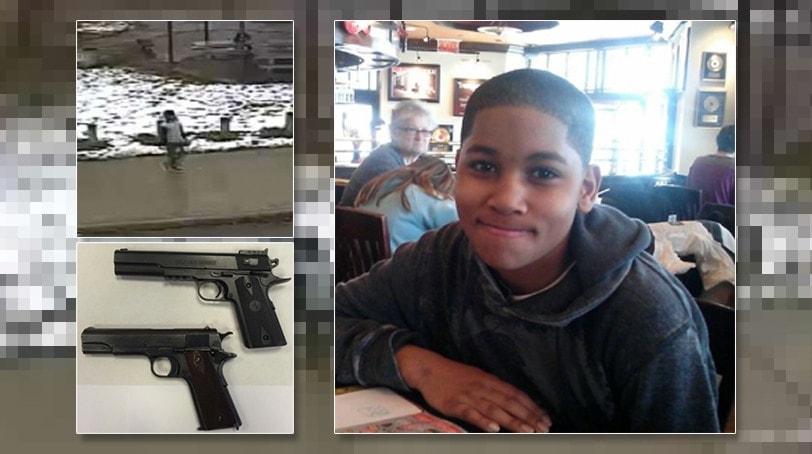 Photo compilation: 12-year-old Tamir Rice; a comparison of the Airsoft replica he was carrying the day he was killed with a real 1911 Colt pistol it was modeled after, according to officials. Rice was fatally shot by an officer in a Cleveland park on Nov. 22, 2014.

Protestors plan on blocking traffic in Cleveland for a second day Wednesday during rush hour to express their anger over two police not indicted in the November 2014 fatal shooting of 12-year-old Tamir Rice.

The Ohio city saw traffic come to a halt Tuesday as demonstrators marched with signs and lay in the middle of busy intersections in the downtown area soon after prosecutors told the grand jury there wasn’t sufficient evidence for an indictment, Cleveland.com reported.

“No justice! No peace! No racist police!” one of the protest chants went.

Officers directed traffic around the demonstrations and no arrests were made during the peaceful protests of more than 100 people.

A 70-page report from the Cuyahoga County Prosecutor’s Office concluded that when officers Timothy Loehmann and Frank Garmback responded to a 911 call, they did so believing Rice was an adult male with a real firearm.

Though the man who placed the emergency call told the operator Rice may have been a juvenile and the gun could have been fake, those details didn’t get relayed to the dispatcher, according to the report.

In Davenport v. Causey, 521 F.3d 544, 552 (6th Cir.2008), the Sixth Circuit explained that “[t]he officer must also be given some leeway when a court analyzes the reasonableness of his decision. It is firstly important to remember what is a ‘reasonable’ belief could also be a mistaken belief, and that the fact it turned out to be mistaken does not undermine its reasonableness as considered at the time of the acts.” Here, Officer Loehmann and Officer Garmback were tragically mistaken about the key facts of this case. They did not know until it was too late that Tamir was not a real threat to their safety or to the public’s safety. But the law requires that they be judged according to what they knew at the time, and whether their actions based upon what they knew were reasonable under the Fourth Amendment.

Rice’s family filed a civil lawsuit almost two weeks after the boy’s death and a day after the Justice Department released a report revealing the Cleveland Police Department’s frequent use of excessive and unnecessary force.