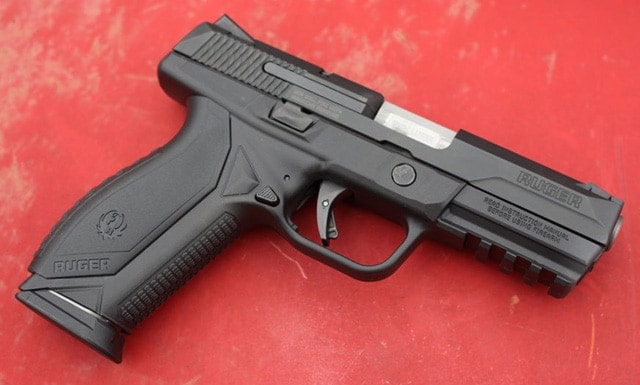 “Anything else would be un-American,” says Sturm, Ruger & Company about its new handgun announced Tuesday.

Falling in line with other guns in American series, the Ruger American Pistol has a polymer frame and a host of desired features. Also, the company has highlighted numerous holsters that fit the American Pistol.

“This is a serious departure from Ruger’s pistol line-up, and should prove to be a game changer,” said David Higginbotham, editor of GunsAmerica Blog, which got a sneak peek at the handgun.

Higginbotham touches on Ruger’s marketing aspect, suggesting consumers will appreciate the American-made pistol since most other options come from overseas.

“This gun is made in the USA, by a company with roots in the USA. Say what you will about some of the industry leaders, but patriotism still matters to most American gun owners,” he said. “And if you can buy an American made gun for less than you can buy an import (assuming performance and reliability are equal), wouldn’t you?”

Ruger has shipped the guns to stores already and is hosting test firings across the country, which can be found on the company’s website.