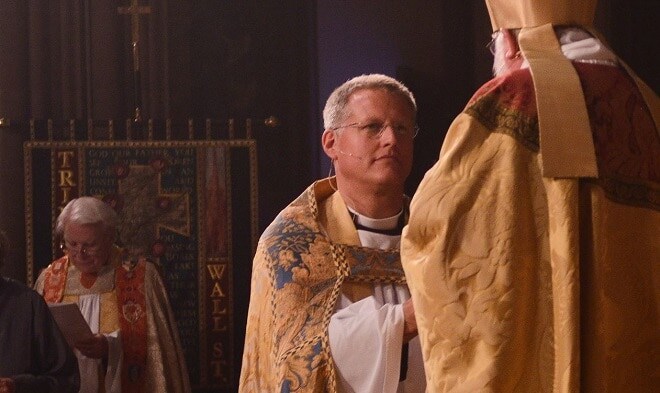 A historic church with billions in assets is seeking to allow fellow shareholders of Cabela’s to vote on a policy limiting the sale of firearms.

Trinity Wall Street, who has been locked in an on-going dispute as a minor shareholder with retail giant Wal-Mart over their gun sales, submitted a proposal last week to allow a vote of Cabela’s shareholders to adopt a policy barring the sale of firearms and magazines capable of discharging more than eight rounds without reloading.

The church cites public safety, corporate reputation, and shareholder value as reasons to make the change.

“Most weapons used to commit crimes are obtained legally,” Rev. Dr. William Lupfer, Trinity’s rector said in a statement. “High capacity weapons are particularly dangerous and have been used in many mass killings including the recent horrific massacres in Charleston and San Bernardino.”

Sitting on an estimated $2 billion in assets including 6 million square feet of some of the most prime real estate in Lower Manhattan, Trinity Wall Street is not your average church. Queen Anne deeded the land it sits on in 1705 and its graveyard holds well-known historical figures such as founding father Alexander Hamilton and inventor Robert Fulton.

While Cooper, who took on Wal-Mart last year, may be gone, the church is still pursuing its fight to allow Wal-Mart’s shareholders to approve what it sells in its stores and in turn allow Trinity to introduce a vote on the selling of ARs and high-capacity magazines.

Now under Lupfer, the church is adding Cabela’s to the list from which they would like to see reforms on gun policies. With some 60 stores and a large direct-marketing arm, Cabela’s had more than $3.2 billion in revenue in 2014. According to the Wall Street Journal, Trinity owns 4,600 shares in the company, worth about $200,000. Cabela’s has some 69 million shares in circulation.

“Companies increasingly recognize that their commitment to community welfare is deeply interconnected with shareholder value,” said Lupfer. “Cabela’s has committed in its Business Code of Conduct and Ethics to weigh community and environmental impact in making business decisions. This proposal is intended to implement that commitment.”