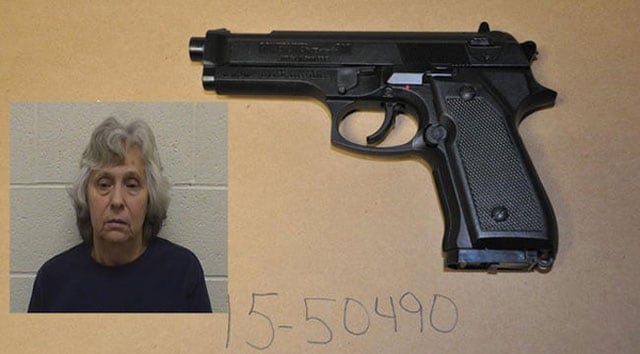 A 66-year-old woman was arrested on Christmas Eve after she showed up at the Torrington Police Department in Connecticut armed with what was later determined to be a BB gun, pleading with cops to shoot her.

Elaine Rothenburg initially pointed the gun, which she purchased earlier that day, at two civilians in the parking lot of the police station, while asking if they were police officers. The civilians left and Rothenburg circled the station while waving the gun, before stopping at an employee entrance.

Rothenburg then stood in front of the entrance with the gun raised and at one point said, “What are you doing? Shoot me! Boom, boom, boom.”

Rothenburg eventually dropped the gun and was taken into police custody. She was charged with first-degree threatening, reckless endangerment and interfering with police.