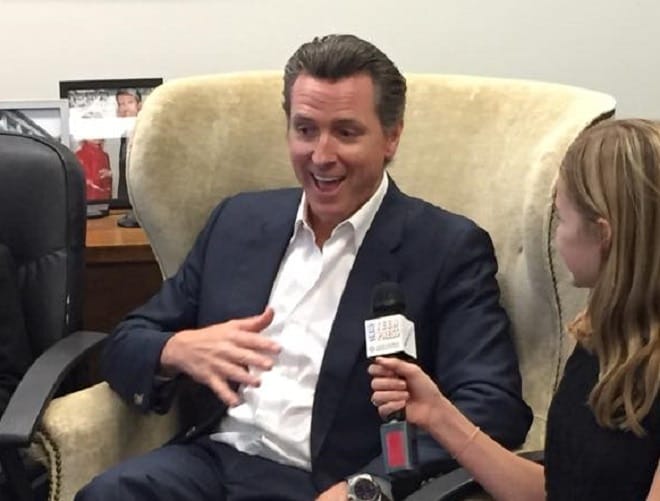 Lt. Gov. Gavin Newsom says he is not afraid of the NRA as his ballot initiative on gun control is expected to cost California tens of millions of dollars in increased regulations. (Photo: Gavin Newsom Facebook)

California Attorney General Kamala Harris, putting it closer to the polls, issued title to a measure that would put sweeping gun restrictions on the 2016 ballot.

The ballot referendum, backed by Lt. Gov. Gavin Newsom who is currently running to replace Gov. Jerry Brown, would place a five-point list of gun control measures in front of voters in the coming general election.

Harris issued a title and summary on Dec. 31 of what the initiative does so that voters can understand what is being presented to them. As noted by the Firearms Policy Coalition in an email to Guns.com, “Newsom is now 1/3 of the way done with destroying what is left of the Second Amendment in California.”

As outlined in the summary, the initiative would:

Along with the analysis, Harris’s office disclosed that the measure would likely cost tens of millions of dollars, though with offsetting fees and this could be mitigated. Among these potential fees, as noted by the FPC would be a new $50 DOJ ammunition purchase permit.

The National Rifle Association came out swinging on New Year’s Day over the proposal, saying it would “flatten” California gun owners.

“In truth, Newsom’s proposals read like a laundry list of failed legislation that couldn’t even pass in the anti-gun California legislature, largely because these laws are so obviously unworkable and ill-advised,” reads a statement by the gun rights group in part. “As an example, a bill mandating background checks at the ammunition point-of-sale was killed in 2013 because legislators recognized the prohibitive costs associated with such a plan.”

In response to the NRA’s remarks, Newsom took to social media to defend himself.

“The NRA doesn’t scare me,” he posted Sunday night. “The NRA has proven they can intimidate politicians but they can’t intimidate voters.”

Next up, the initiative will need at least 365,880 signatures from registered California voters to qualify for the November 2016 ballot.

As for Newsom, though no other gubernatorial candidate for the 2018 race for the governor’s mansion is in sight, he is expected to announce over $8 million in his war chest this week.