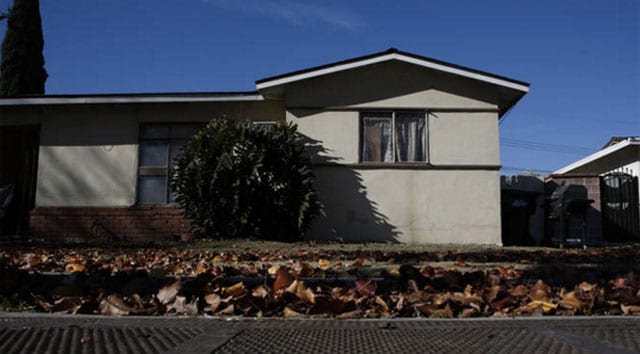 Over the last three years, law enforcement officers have been called to the Morey home more than two dozen times for a variety of disturbances. (Photo: Los Angeles Times)

A New Year’s Eve gathering at a home in Rowland Heights, California, turned tragic when the homeowner shot and killed three people, including his bedridden wife, before the man’s son wrestled the gun away and fatally shot him.

The deadly, alcohol-infused dispute may have stemmed from an argument between Michael and Merrell earlier in the day over the use of a washing machine, the Associated Press reports.

Christopher told investigators the incident escalated and at some point his father pulled out a handgun and shot his mother, girlfriend and Calzadilla. Christopher was then able to wrestle the gun away from his father, at which point he fatally shot him.

Christopher was initially booked into jail Thursday night on suspicion of murder and held on a $1 million bond, but was released Saturday. No charges have been filed against him at this time. 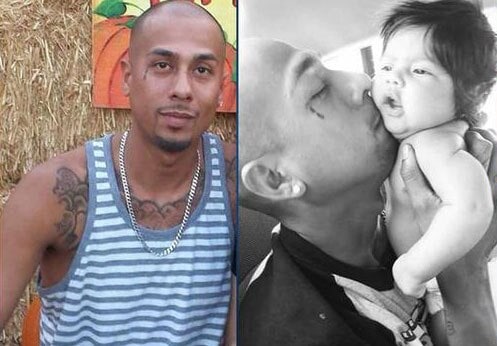 Ernesto Calzadilla left behind a 10-month-old daughter and was due to start a new job Monday. (Photo: ABC)

The Los Angeles Times reports friends of the family said Betty suffered a series a strokes, was bedridden and completely incapacitated. The father and son tended to the woman’s needs and acquaintances said that often took a toll on the family.

The family’s stress was further fueled by the Morey father’s excessive drinking, according to those who knew him. Calzadilla’s dad, Ronald, told reporters with a local ABC affiliate, that Morey had a collection of more than 100 guns and would often bring them out once he started drinking.

“Once he’d take like two, three beers, the first thing I noticed every time I came here, he … started loading all the guns,” said Calzadilla, who lives about a block from the Morey home.